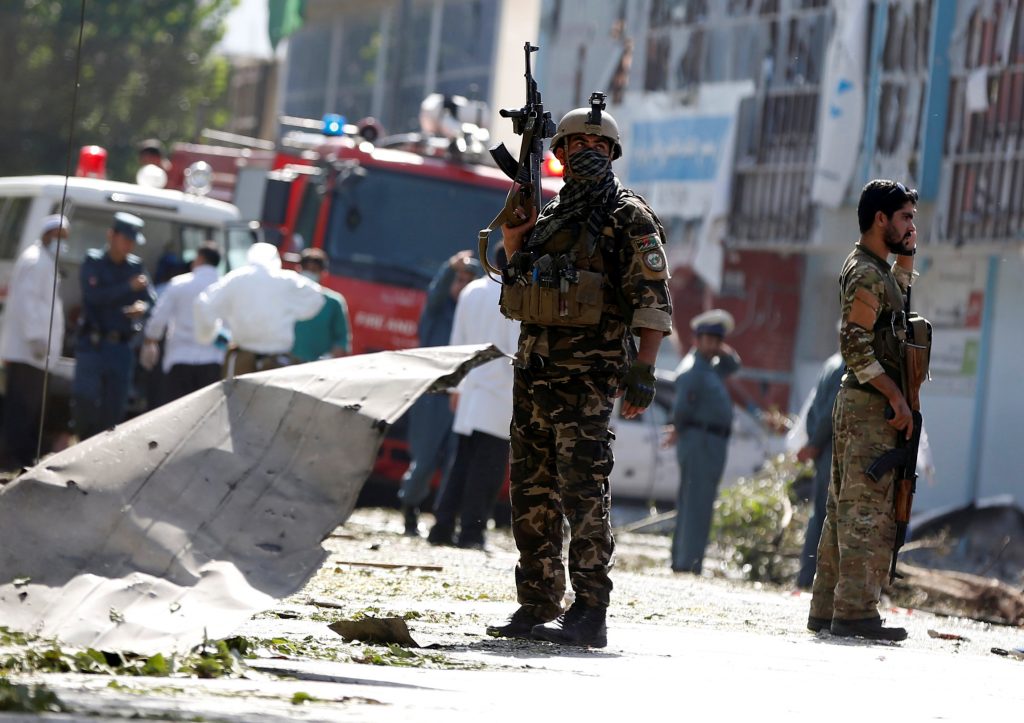 A suicide bomber rammed his car packed with explosives into a bus carrying government employees in the Afghan capital early on Monday, killing 24 people and wounding 42 others, Kabul’s police chief spokesman said.

The attack occurred in a western Kabul neighborhood where several prominent politicians reside and at rush hour, as residents were heading to work and students were on their way to a nearby private high school, said Basir Mujahed, the spokesman.

“The bomber attacked at one of the busiest times of the day,” he said. “There were traffic jams with people going to work and to the university and schools. Many of the shops had just opened.”

The bus was completely destroyed, along with three other cars and several shops in the area, he said, adding children were among the wounded.

In a statement the Interior Ministry called the attack “a criminal act against humanity.”

No one immediately claimed responsibility for the bombing but in the past, both the Taliban and the Islamic State affiliate in Afghanistan have staged such large-scale attacks in the Afghan capital.

Monday’s attack was the second against employees of the mines and petroleum ministry. Last year, a bus carrying the ministry’s employees was also targeted in an attack that killed several people.

“Once again, these terrorist are attacking civilians and targeting government staff,” President Ashraf Ghani said in a statement.

Several prominent political leaders, such as Hazara leader Mohammad Mohaqiq, live in western Kabul. Several attacks have occurred in the neighborhood, including the suicide attack last month that killed prominent Shiite Muslim cleric Ramazan Hussainzada, who was also a senior leader of the ethnic Hazara community.

Eyewitnesses to Monday’s attack said shattered glass from nearby buildings was scattered all over the street.

“The sound was very strong, the ground shook,” said Mohammed Nader, who owns a convenience store in the neighborhood.