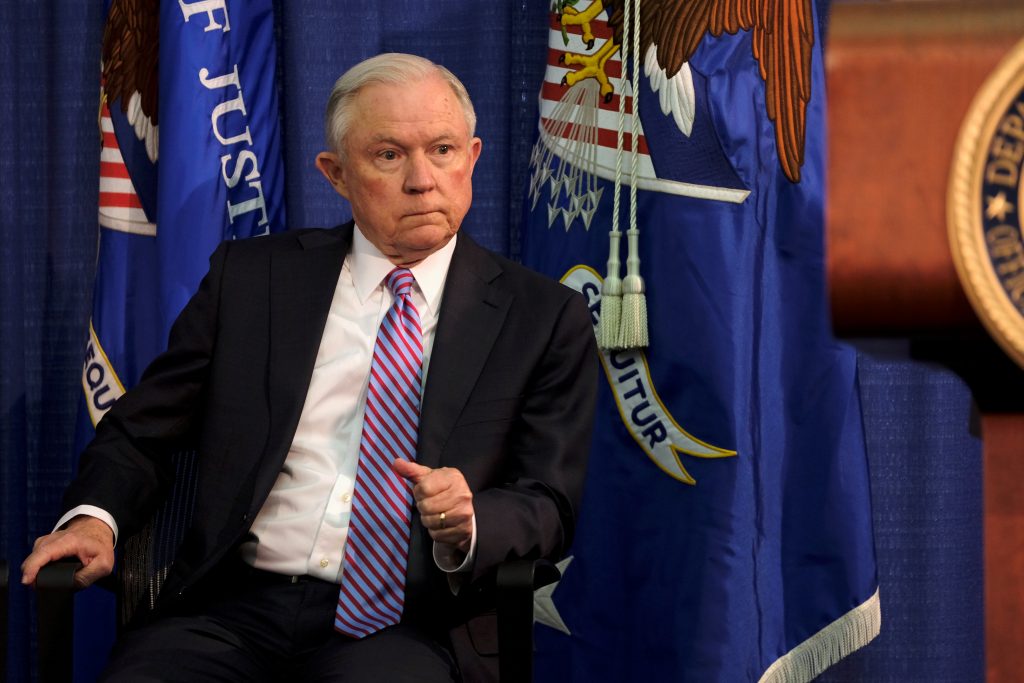 President Donald Trump has labeled his own attorney general as “beleaguered.”

“So why aren’t the Committees and investigators, and of course our beleaguered A.G., looking into Crooked Hillarys crimes & Russia relations?” the president tweeted from his personal Twitter account on Monday morning.

Over the past week, Trump has been attacking Attorney General Jeff Sessions for his decision months ago to recuse himself from the investigations into possible connections between Trump’s campaign and Russia. Sessions, a former senator from Alabama, supported Trump from the early days of his candidacy and became a trusted adviser. Ten days after the election, Trump nominated Sessions for attorney general and said in a statement that “Jeff is greatly admired by legal scholars and virtually everyone who knows him.”

In March, Sessions announced that he would recuse himself from investigations related to the 2016 presidential campaign, including those into Russian interference in the electoral process. That announcement came the day after The Washington Post reported that Sessions met twice with Russian Ambassador Sergey Kislyak during the campaign and did not disclose those meetings to the Senate Judiciary Committee during his confirmation hearing in January.

The Russia investigations have swept up Trump’s eldest son and his son-in-law, greatly angering the president, who says the charges are unfounded and part of a “witch hunt.” Trump has been privately criticizing Sessions for weeks, and he said in an interview with the New York Times last week that he would not have appointed Sessions if he had known the attorney general would recuse himself, as he considers the decision “very unfair to the president.”

The president vented to the world in a series of tweets on Monday morning, lashing out not only at Sessions but also at Democrats and the media, whom he has blamed for hyping and continuing the investigations.

“Drain the Swamp should be changed to Drain the Sewer — it’s actually much worse than anyone ever thought, and it begins with the Fake News!” he tweeted.

“After 1 year of investigation with Zero evidence being found, Charles E. Schumer just stated that ‘Democrats should blame ourselves, not Russia.’”

Trump seemed to be referring to a comment Schumer made to The Post last week, in which he said, “When you lose to somebody who has 40 percent popularity, you don’t blame other things — Comey, Russia — you blame yourself.”

There was then a lull, and the president returned at 8:49 a.m. with the swipe at Sessions and demanded to know why his general election rival, Democrat Hillary Clinton, is not also being investigated:

“So why aren’t the Committees and investigators, and of course our beleaguered A.G., looking into Crooked Hillarys crimes & Russia relations?”

Twenty-three minutes after that, the president went after California Rep. Adam Schiff, the lead Democrat on the House Intelligence Committee:

“Sleazy Adam B. Schiff, the totally biased Congressman looking into “Russia,” spends all of his time on [tv] pushing the Dem loss excuse!”

Six minutes later, at 9:18 a.m., the president shifted to talking about health-care legislation:

“Republicans have a last chance to do the right thing on Repeal & Replace after years of talking & campaigning on it.”