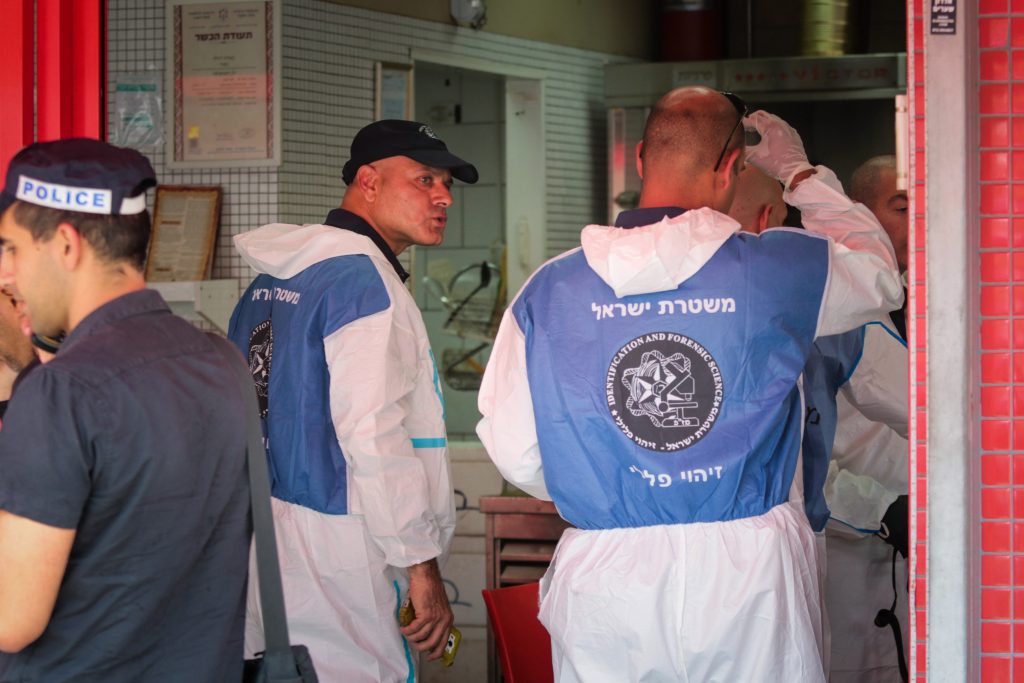 An Israeli Arab in his 40s was seriously injured in an attack in Petach Tikvah Monday morning when he was stabbed in the neck by an Arab. The incident occurred inside a restaurant on Bar-Kochva Street, in the city’s downtown area. The victim was taken to a nearby hospital for emergency treatment. After the incident, police said it had the “characteristics of a terror attack.” Police later said that under questioning, the terrorist said he had carried out the attack “for the sake of Al-Aqsa.”

The victim was an Egged bus driver who is a resident of the lower Galilee town of Arara, police said. Witnesses said that an argument broke out between the two, giving the impression that the stabbing was due to a personal dispute. Police are investigating how the stabber entered Israel, and whether he had a work permit or was in Petach Tikvah illegally.

Speaking to Maariv, Menashe Da’abul, owner of the restaurant where the attack took place, said the victim, an Egged bus driver, had ordered lunch and was standing at the counter when the stabber entered the establishment and ordered food. While he was waiting for his order, he pulled out his knife and stabbed the victim. He then tried to stab Da’abul’s wife. “My wife was saved b’derech nes; the terrorist was almost on top of my wife but he slipped and fell.” Da’abul took the opportunity to pull out of the oven a wooden paddle used for baking bread and hit the terrorist over the head. The terrorist ran away, but was caught by passersby and held until police arrived.

Earlier Monday, residents and workers in Givatayim, a Tel Aviv suburb, were scrambling for cover after sirens sounded and led many to believe that the city was about to be hit by missiles fired by Arab enemies. A quick investigation by security officials indicated that the sirens had been sounded by accident, and an all-clear message was issued on the radio.