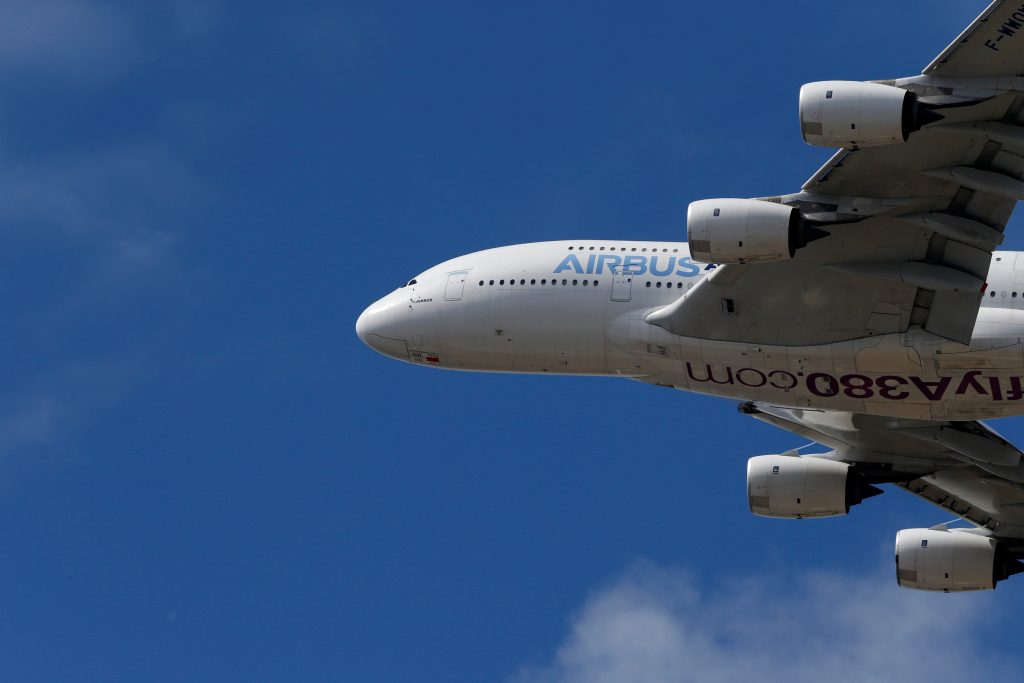 Airbus is working on vital sales campaigns aimed at extending the life of its flagship A380 superjumbo, with outgoing marketing chief John Leahy seeking to secure orders by the Dubai Air Show in November, people familiar with the matter said.

Key to the push is a requirement for 20 jets worth $8.7 billion at leading A380 customer Emirates, with follow-on orders from British Airways owner IAG, Japan’s ANA Holdings and Thai Airways International also in the mix, according to the people, who asked not to be named as the talks are private.

Airbus may not feel that it can proceed with the smaller sales, likely to be for five to 10 planes apiece, without the Emirates deal to bolster the backlog, the people said. In the absence of new orders the company is set to pare output to less than one A380 a month, most likely sounding the death knell for the jet amid a dwindling order backlog, and could detail the envisaged cut in an earnings update this week, they said.

A spokesman for Airbus declined to comment ahead of the financial report, which the Toulouse, France-based company has scheduled for Thursday.

Boeing has already said that it could end production of the rival 747, where the rate has been reduced to just one plane every two months, so that the current backlog will last almost four years. At the same time, the jumbo is also offered as a freighter, giving it a wider potential market than the passenger-only A380.

Landing a life-extending deal for the A380 would help cap the career of Leahy, 66, who announced in May that he’d be stepping down after 23 years as marketing boss and more than $1 trillion in sales. The American remains adamant that fast-growing markets will favor the A380 in years to come if it can be kept going, and is holding off on his departure to focus on the Emirates talks, one person said.

Emirates is evaluating an upgraded version of the superjumbo unveiled at the Paris Air Show in June and dubbed the “A380 plus.” The design adds fuel-saving winglets, which combined with an already-announced layout revision carrying 80 more passengers would shave 13 percent from per-seat costs, though Tim Clark, the airline’s president, says he doesn’t need extra berths.

Airbus’s head of programs Didier Evrard said in May it would decide by the end of this year whether to reduce production of the A380 — which has a list price of $436.9 billion — to fewer than 12 jets a year. A failure to get the Emirates deal done could see output fall to a 0.7-a-month equivalent rate, a figure reported by France’s Challenges magazine Thursday.

The plane maker may still be forced to cut the A380 rate even with a follow-up order from Emirates if the airline opts to take the jets at a later date because of overcrowding at its Dubai hub, though Clark has suggested the planes would most likely replace older superjumbos coming off lease from 2020.

Even the move to one plane a month, known as “rate one” and currently due to take effect from 2018, was widely viewed as the beginning of the end for the struggling A380 program when it was announced last year, though Airbus says that it’s able to break even at that production level on a per-plane basis.

The company has handed over 213 A380s to date, including 28 last year, to 13 customers. Of the remaining 104 still listed in the official backlog, as few as 57 could actually be delivered, according to Jefferies analyst Sandy Morris, representing less than five years of production at one plane a month. That includes 47 for Emirates.