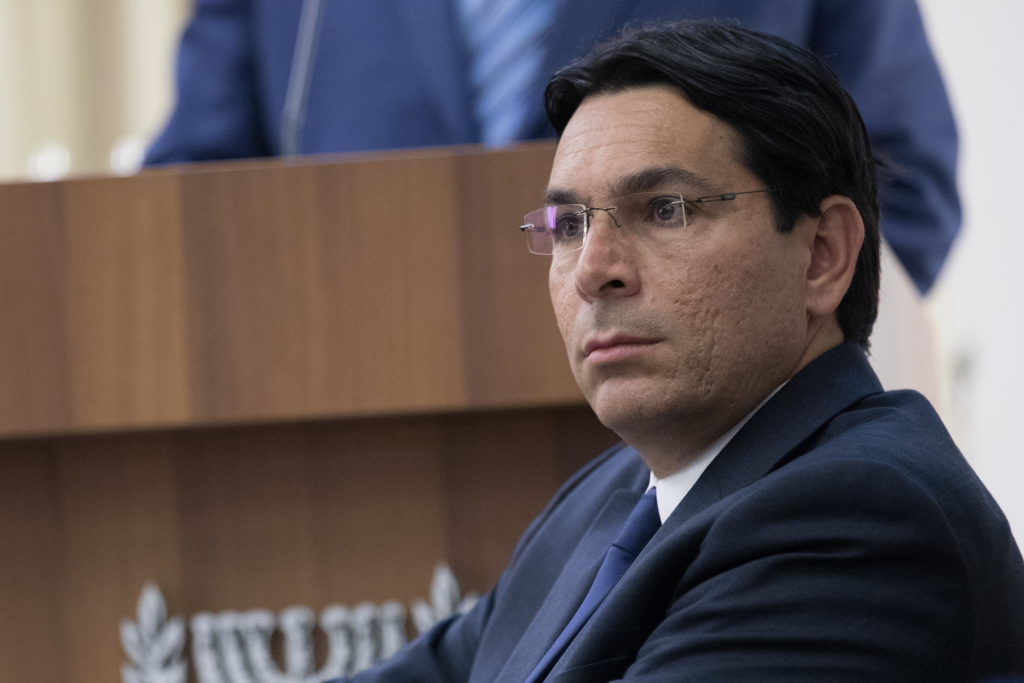 Israel’s U.N. ambassador says he believes the standoff with Jordan over the killing of two Jordanians by an Israeli security guard near Israel’s embassy in Amman will be resolved “shortly.”

Danny Danon told reporters at the U.N. headquarters in New York on Monday that “we are resolving it with the Jordanians.”

Jordan wants to investigate the guard who opened fire and has prevented staff from leaving the premises. Israel has invoked diplomatic immunity for the guard and Prime Minister Binyamin Netanyahu promised to bring him home.

Earlier on Monday, a senior Israeli defense official — later identified as Shin Bet Director Nadav Argman — reportedly flew to Amman to negotiate a solution, and returned during the day to brief the government, which has been holding emergency meetings on both the crisis in Jordan and Har HaBayis. Argaman, along with Jordanian investigators, conducted a reconstruction of the events.

The Security Cabinet is expected to meet at 8:30 p.m. Israel time to discuss the situation. “There’s desire from both countries to solve this crisis,” a senior Israeli official said.

“Talks are being held with the Jordanians via the defense establishment,” a senior Israeli official told Haaretz. “We are trying to move toward ending this crisis.”

The Prime Minister’s Office denied a media report of linkage between the Jordanian situation and Har HaBayis. There was no Jordanian demand to make the return of the Israeli security officer contingent on the removal of metal detectors.

“The contacts between Israel and Jordan took place over the past 24 hours, in an atmosphere of cooperation,” the office said in a statement.

Danon’s prediction of an early resolution ran counter to the impression given by the Jordanian al-Ghad daily on Monday, which quoted officials as saying that the Israeli guard will not be permitted to leave the country without undergoing police questioning, and that if Israel continues to refuse to hand him over to the authorities, the diplomatic situation will escalate.