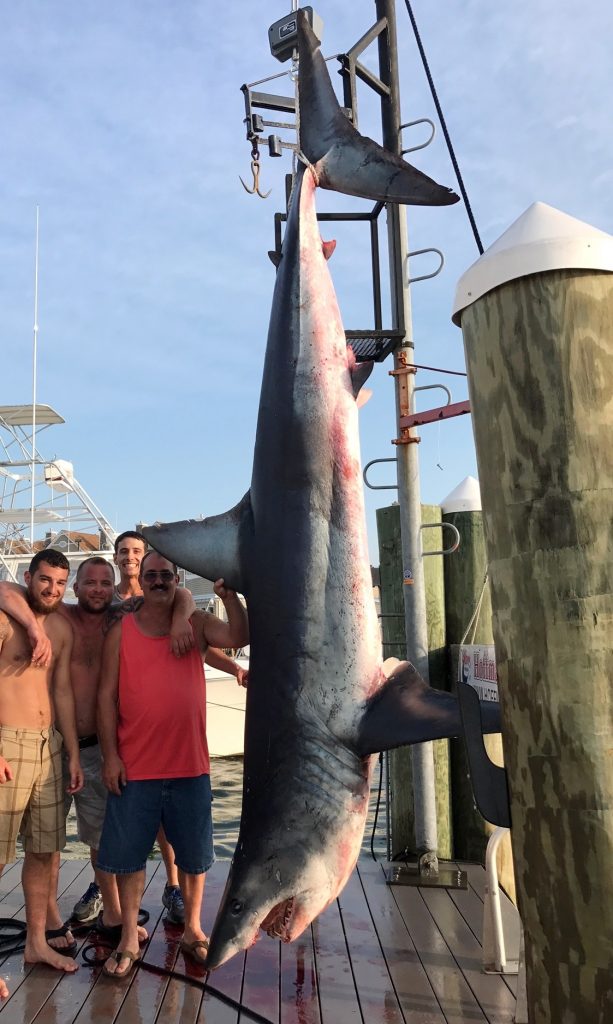 A fishing crew has reeled in a 926-pound Mako shark, and New Jersey officials say it’s the biggest shark catch in the state’s history.

The boat’s crew was fishing about 100 miles off the coast in an area known as Hudson Canyon on Saturday. The shark was weighed and displayed in Brielle later that day.

Kevin Gerrity, captain of the boat, says they didn’t think they could manage to catch the shark. It took over two hours to pull it aboard.

The New Jersey Division Fish and Wildlife says the previous record weight for a shark caught was an 880-pound tiger shark caught off Cape May in 1988.

The Hudson Canyon is populated by a number of large fish, and has produced multiple record setting fish catches.