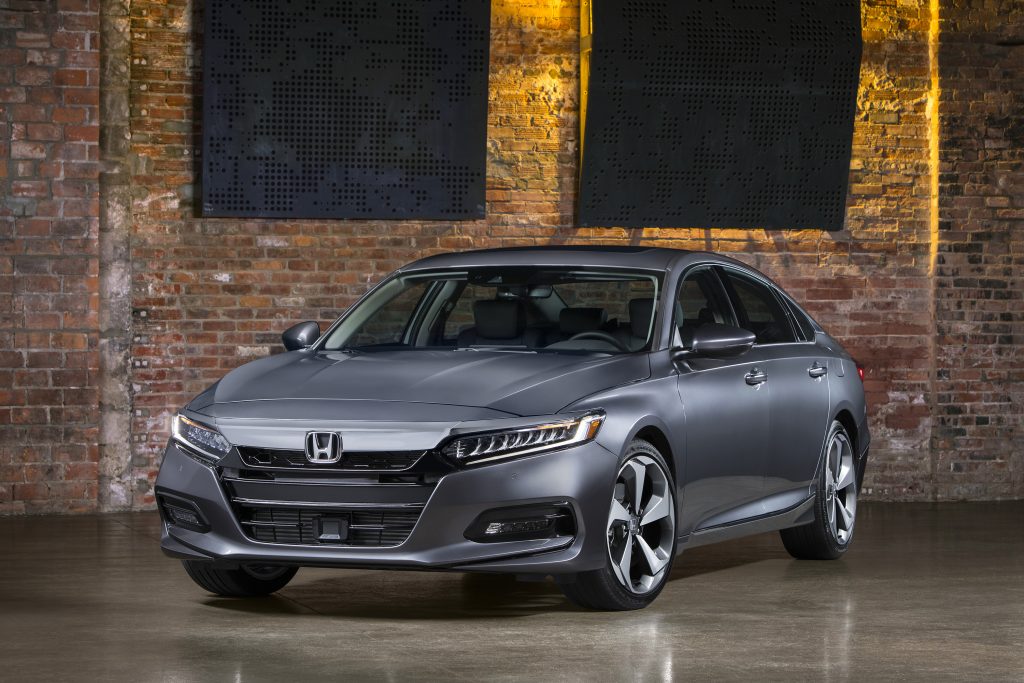 Hoping to attract a younger buyer to its sensible but staid Accord, and persuade car shoppers to consider a sedan over an SUV, Honda has given the Accord, its bestselling mid-sized car, a sporty makeover.

Unwrapped at twin events held in Detroit and the Los Angeles area earlier this month, the new vehicle looks and acts more like a sports car.

It sits wider and lower to the ground, has sleeker body lines and will be powered by three new engines — two offering turbocharging — and a new 10-speed transmission.

The new Accord, which will be available beginning in the fall, also will be offered with a hybrid powertrain, the company said, and will feature increased safety technology.

“We are redefining the Honda Accord for a new generation of buyers,” said Jeff Conrad, senior vice president of Honda’s American automobile division.

Honda said its 10th-generation Accord, which Mikiciuk boasted is “the best-selling car in America for the past 40 years,” is designed to have a sportier, more athletic appearance and feel.

In practical terms, that means the new car weighs less, has a slightly longer wheelbase, a slightly wider body and lower seating position than previous Accords.

But it also has a larger rear seating area, more passenger volume and more trunk space.

It also will see better and be more visible, with LED headlights, fog lights and taillights.

Under the hood, the base model front-wheel-drive 2018 Accord will be powered by a new 1.5-liter four-cylinder turbocharged gasoline motor that makes 192 horsepower and 192 pound-feet of torque.

Those engines will be mated to either a continuously variable transmission, for the 1.5-liter engine, or Honda’s new 10-speed automatic transmission.

Six-speed manual transmissions will be available in certain trim levels with all three gasoline engine choices.

Honda also will offer the 2018 Accord with its twin-engine hybrid powertrain. The company did not supply projected fuel economy for any of the models but promised the new hybrid version will be more fuel efficient than the current one.

Honda said the 1.5- and 2.0-liter gasoline models will be available this fall, with the Hybrid model to start selling in early 2018.

All the new Accords will be fitted with Normal and Sport drive settings, and some will feature paddle shifters for a more engaged driving feel.

Certain models will offer optional head-up windshield display. All will be Apple CarPlay and Android Auto compatible, and will offer wireless charging.

Available on some models will be more advanced safety programs, such as blind-spot detection and cross-traffic monitor.

The safety issue is crucial for Honda. For years, the company has built cars that routinely get top scores from grading bodies such as the Insurance Institute for Highway Safety.

But the company has been at the center of the ongoing Takata air bag story, which, with 42 million vehicles affected, has been the largest automobile safety recall in U.S. history.

Takata’s inflators can explode with too much force when they fill up an air bag, spewing out shrapnel. They have claimed 12 lives in the U.S. Eleven of the deaths, and an estimated 150 injuries, involved Honda vehicles equipped with Takata air bags.

Like all manufacturers, Honda also is battling increasing consumer preference for sport utility vehicles over sedans. Though Honda does well with its HR-V and CR-V compact SUVs and holds the top two positions in retail domestic car sales with its Civic and Accord sedans, overall car sales are sliding.

“The biggest challenge for the new Accord is that it’s a mid-size car,” said Michelle Krebs, executive analyst for Autotrader. “The new version likely will help Honda maintain share, but in a shrinking segment.”