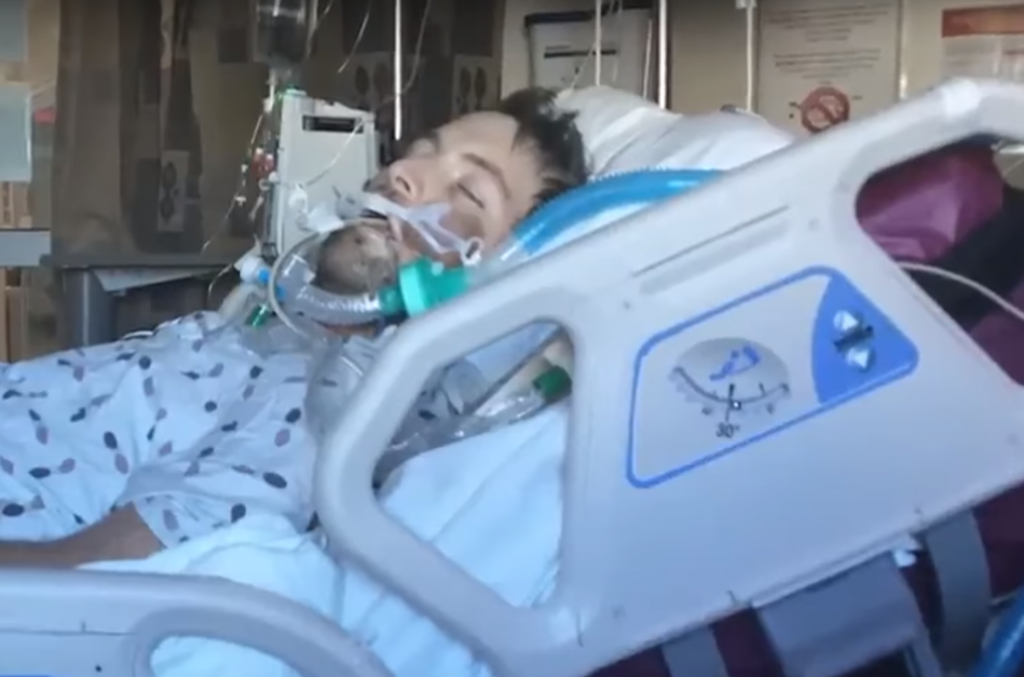 Wayne Atkins thought little of the blisters he had gotten while hiking. He was trekking up and down the 4,500-foot-high Mount Garfield in New Hampshire – a 10-mile round trip, and blisters were no surprise.

He was in the Granite State for a family member’s early June wedding, which went off without a hitch, even with the blisters. But things soured when he returned to Miami, according to Manchester, New Hampshire, ABC affiliate WMUR-TV.

The blisters didn’t go away. In fact, they started hurting more than Atkins expected, according to the news station. And he started feeling ill.

Worried, he went to the hospital, where he learned things were much worse than he’d thought, his mother told news organizations. Atkins would spend the next month fighting for his life as his body was devoured by flesh-eating bacteria.

What Atkins didn’t know at the time was that his blisters had allowed Streptococcus A to enter his body. Anyone who has ever had strep throat should recognize the bacteria’s name. But according to the Centers for Disease Control and Prevention, every year, 11,000 to 13,000 people are infected with an invasive form of strep A disease that can cause blood infection or pneumonia.

In Atkins’s case, it caused necrotizing fasciitis, where bacteria feast on a person’s soft tissues.

It’s potentially deadly. Every year, 1,100 to 1,600 people die from invasive forms of strep A. But acquiring the bacteria through blisters, as Atkins did, is rare, about a 1-in-250,000 chance, doctors told the Associated Press.

At the Miami hospital, doctors realized the flesh-eating bacteria were killing Atkins, his mother, Karen Gaudrea, told WMUR. Her son’s organs were beginning to shut down.

Shortly after she arrived at his bedside, doctors told her that they were putting him in a medically induced coma.

“He went to the hospital thinking he had a blister that made him sick,” Gaudrea, who is a nurse, told WMUR. “By the time I got to Miami that night, he was already in liver failure, kidney failure. He went into this respiratory condition called acute respiratory distress syndrome where your lungs just fill with fluid.”

The CDC says flesh-eating bacteria can spread quickly once they enter the body.

They infect the fascia, connective tissue that surround muscles, nerves, fat, and blood vessels. The infection also damages the tissues next to the fascia. Sometimes toxins (poisons) made by these bacteria destroy the tissue they infect, causing it to die. When this happens, the infection is very serious and those infected can lose limbs or die.

To help Atkins fight his infection, doctors gave him antibiotics and removed chunks of his flesh while he was in a coma.

Officials in New Hampshire, meanwhile, were rankled that their state, and a mountain popular for hiking, had been implicated in Atkins’s ailment. He could have gotten the bacterium from anywhere, including his own body, they said.

“You never will know where the bacteria came from, but most people are getting the bacteria first from themselves.”

Videos from local news stations showed Atkins taking delicate steps with the aid of a walker and a hospital employee, his left leg heavily bandaged.

“He has his life,” his mother told WMUR. “He still has his legs. There are many worse cases and scenarios.”