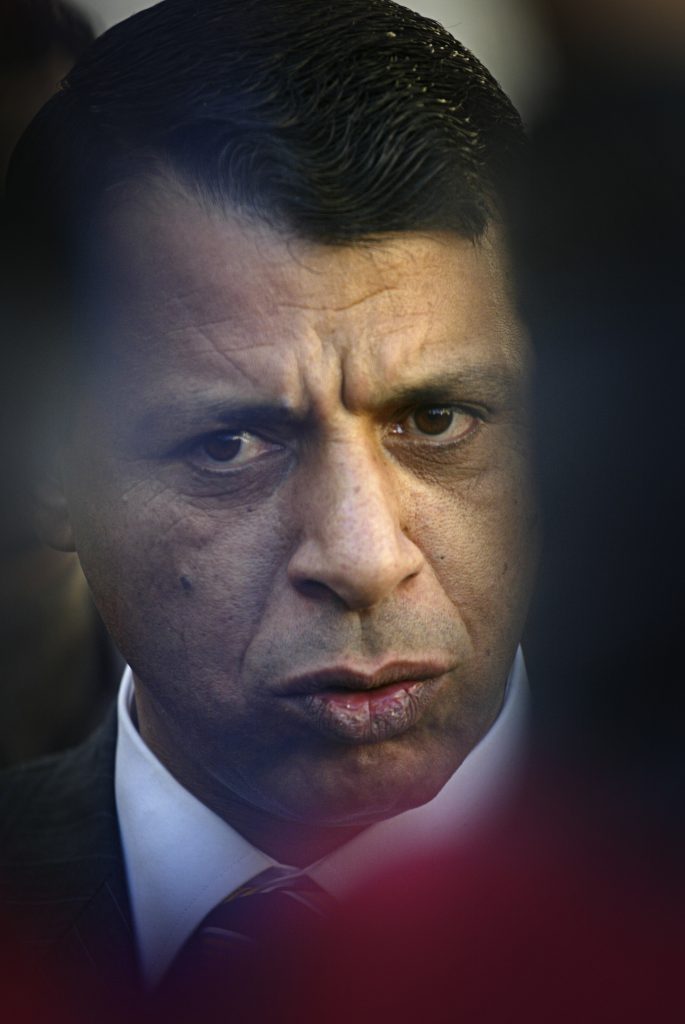 An exiled Palestinian politician who quietly negotiated a power-sharing deal for Gaza with former arch-foe Hamas discussed the details for the first time in an interview, saying he expects it to lead to a swift opening of the blockaded territory’s border with Egypt and an easing of crippling power outages.

The Egypt-Gaza border crossing is expected to open by late August and funding has been secured for a $100-million power plant, Mohammed Dahlan, a former Gaza security chief, told The Associated Press in a phone interview from the United Arab Emirates.

“We both realized it’s time to find a way out” for Gaza, Dahlan, 55, said in an hour-long conversation Saturday. He said both sides had learned lessons from the destructive rivalries of the past.

The deal, backed by Egypt and the UAE, is still in the early stages of implementation. There are no guarantees of success, but all involved seem to benefit.

It enables Egypt to contain Hamas, the terrorists on its doorstep, through new security arrangements. Dahlan has a chance to return to Palestinian politics. And cash-strapped Hamas can prolong its rule through the promised border opening.

If it goes ahead, the deal could deliver a crushing blow to Palestinian leader Mahmoud Abbas, who presides over autonomous enclaves in Yehudah and Shomron.

Abbas has a toxic relationship with Hamas, which seized Gaza from him in 2007, and with Dahlan, a former top aide he sent packing in 2010. A Hamas-Dahlan alliance would further sideline the 82-year-old Western-backed Abbas and undercut his claim that he represents all Palestinians.

The objectives of the Dahlan-Hamas deal — ending the border blockade, reviving Gaza’s battered economy — could also weaken Palestinian statehood aspirations by creating a “mini-state” in Gaza.

Dahlan dismissed concerns that his deal with Hamas will gradually turn Gaza into a separate entity.

“We are patriots, not separatists,” he said, adding that he would do everything in his power to prevent a further drifting apart of the Palestinian territories.

The multi-millionaire with far-flung business interests in the region and close ties to leaders of Egypt and the UAE said he no longer aspires to replace Abbas.

“I have no ambitions to be president,” he said. “Maybe that was the case when I was younger, but now I see the situation.”

Dahlan said the new deal is meant to revive Palestinian political institutions that have been paralyzed since the 2007 split between Hamas and Fatah. This would include a new attempt to form a national unity government and revive parliament.

Dahlan said Abbas is welcome to lead such efforts, but that “we are not going to wait for him forever” to make a move.

Previous Abbas-led efforts to form a unity government with Hamas backing have failed over the years, with both sides ultimately refusing to give up power in their respective territories. In recent weeks, Abbas took a different approach, stepping up financial pressure on Gaza to force Hamas to cede ground there.

Azzam al-Ahmed, an Abbas aide who negotiated with Hamas in the past, said Sunday that the Dahlan-Hamas understandings “are going nowhere.”

He said Abbas’ Palestinian Authority supports Gaza with $1.2 billion every year, covering wages of ex-loyalists, social welfare payments and electricity. He suggested Dahlan and Hamas would be unable to cover such sums.

Al-Ahmed also said Egypt assured Abbas “that they are not going to help any new entity in Gaza.”

However, the lengthy negotiations between Dahlan’s representatives and a Hamas team in Cairo last month would not have been possible without Egypt’s blessing, participants said.

Dahlan said meeting the needs of Gaza, a crowded sliver of land on the Mediterranean with 2 million people, presents huge challenges.

He said he has raised funds to refurbish Gaza’s gate to the world, the Rafah crossing with Egypt, and that he received Egyptian assurances that the crossing will open by the end of August.

“Everyone who needs to travel will be able to travel,” he said.

Over the past decade, Rafah only opened sporadically because of the blockade, and thousands of Gazans are currently on waiting lists, hoping to travel abroad for study, work or medical care.

The UAE has promised $100 million for a power plant that would be built on the Egyptian side of the border, Dahlan said. Once the exact location is chosen, construction would take 18 months, he said.

In recent years, Gazans have endured blockade-linked rolling power cuts, most recently of as long as 20 hours a day. Egypt has been sending fuel to Gaza’s existing power plant in recent weeks, as part of the understandings.

Hamas officials describing the deal have said their group will remain in charge of security in Gaza.

Dahlan is to raise money and advocate for Gaza abroad.

He hasn’t been back to Gaza since the Hamas takeover in 2007.

In the months preceding the takeover, he had led Fatah forces in Gaza street battles with Hamas. Grievances of the families of people from both sides killed in the fighting — about 700, according to Dahlan — still haven’t been addressed.

Disbursements to the families from a multi-million-dollar UAE-backed compensation fund are to begin soon, in an attempt to buy calm that is in line with tribal traditions.

Several dozen of Dahlan’s lieutenants and key supporters are expected to return from exile as part of the arrangements.

Dahlan said he will remain in exile.

“It’s better for Gaza that I stay in the diaspora and approach everyone who can extend a helping hand to Gaza,” he said.