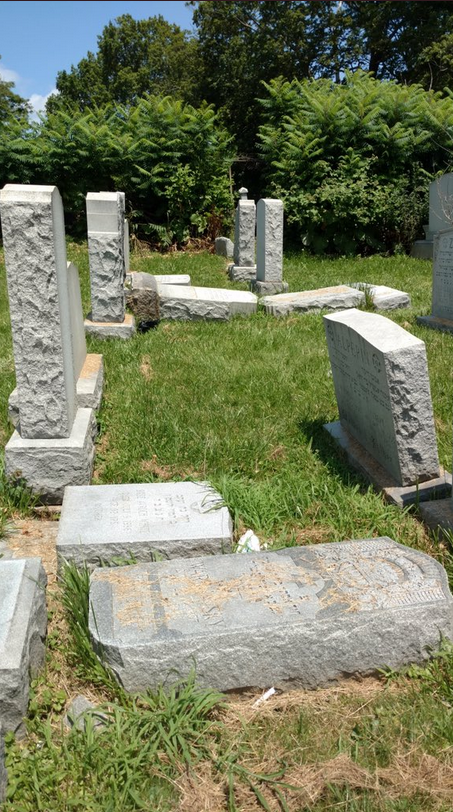 Sixty gravestones have been toppled in three Jewish cemeteries in Connecticut, but police say they’ve found no evidence it was a hate crime.

Hartford Police say a woman reported the markers had been pushed over in the Ateres Knesseth Israel Cemetery and reported it to police Friday afternoon.

Howard Shovronsky, head of the Greater Hartford Jewish Federation, which helps maintain the cemeteries, tells the Hartford Courant that it appears to be a random desecration and a cowardly act of vandalism.

He says some of the headstones broke, and they are still calculating the cost to repair them.

Police say there was no evidence it was a hate crime because they found no anti-Semitic phrases or symbols.