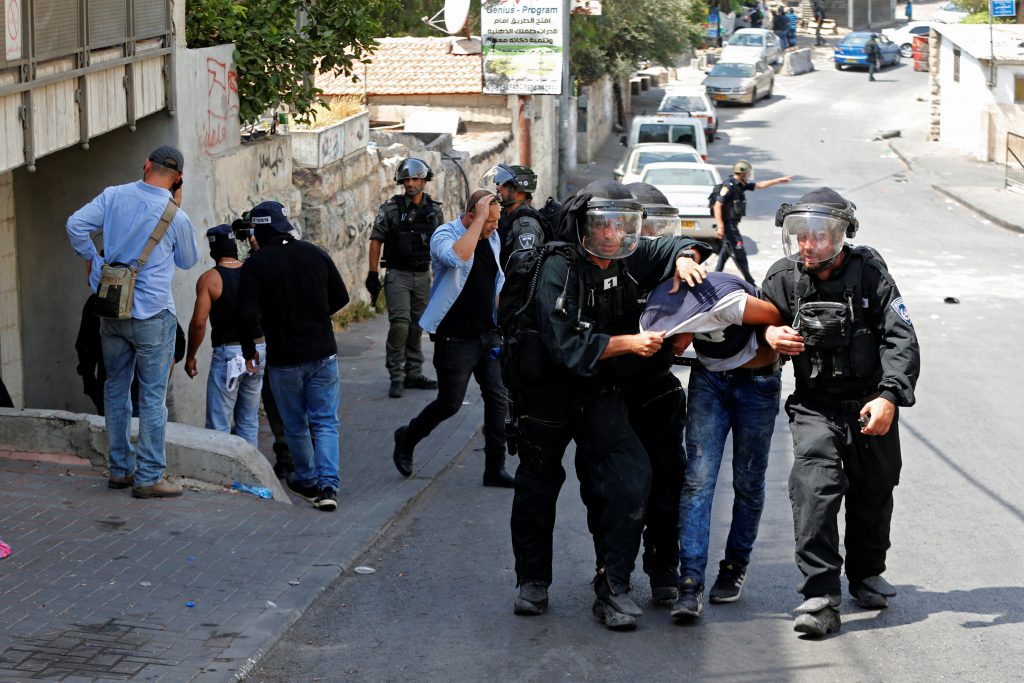 Sporadic rioting continued over Shabbos in Yerushalayim, with Arabs attacking Israeli security officers with rocks and Molotov cocktails, as unrest continued over the placing of security equipment at the entrance to Har HaBayis. A third Arab was reported killed in the riots Friday evening. Thousands of police and soldiers remained on patrol over Shabbos. Police early Shabbos arrested four Arabs from neighborhoods in Yerushalayim on charges of participating and inciting the riots.

Riots continued throughout the day, but were largely contained by police to the Arab neighborhoods where they erupted. The riots were eventually quelled. No Israeli security officials were injured in the rioting in Yerushalayim. Riots also continued in several places in Yehudah and Shomron, including near Beit El and Kedumim. An IDF soldier was lightly injured in the latter riot.

The United Nations Security Council will hold an emergency meeting on the violence in Yerushalayim on Monday. In a statement, Secretary-General Antonio Guterres condemned “the death of three Palestinians in clashes with Israeli security forces” and called for an investigation into the incidents. “His thoughts and prayers are with the families of the victims,” the statement by Guterres’s office said, urging “Israeli and Palestinian leaders to refrain from actions that could further escalate the situation.” The statement made no mention of the three Israelis murdered as they were finishing their Shabbos meal in the town of Chalamish Friday night.

On Motzoei Shabbos, security forces arrested an Arab found to be carrying a knife near Me’aras Hamachpelah. Security forces disarmed the Arab without incident and arrested him.