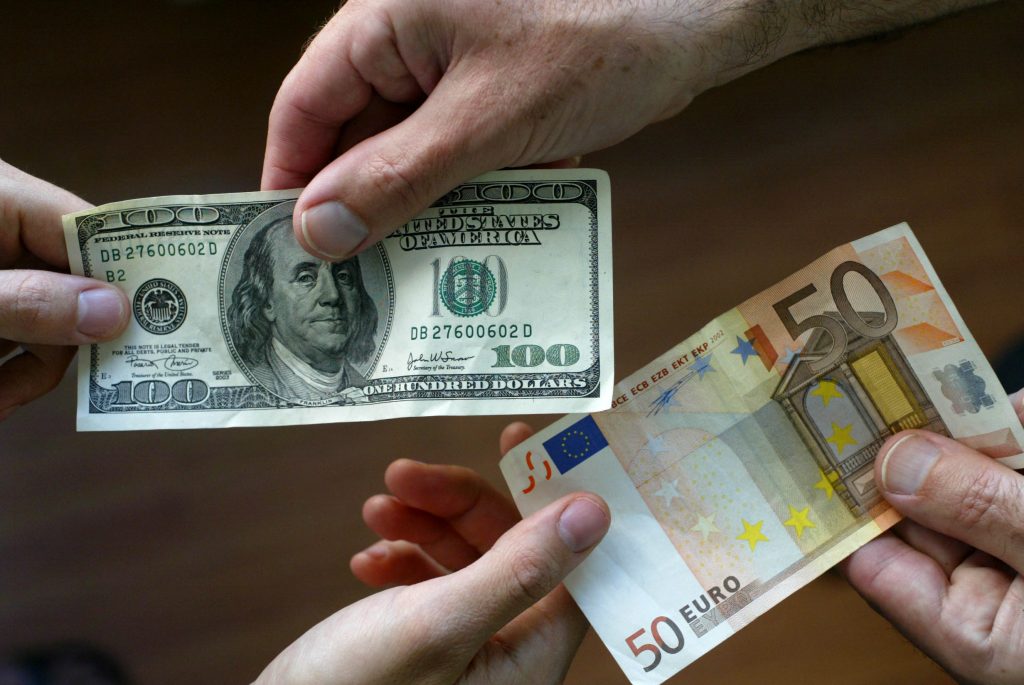 The weakening U.S. dollar fell to its lowest in more than a year against key world currencies on Friday as investors assessed comments from the European Central Bank and obstacles to President Donald Trump’s domestic agenda, while a global gauge of stocks snapped a 10-session streak of gains.

Gains in the yen, gold and U.S. Treasuries pointed to moves into safe-haven assets rather than stocks, which are considered riskier. Oil prices slid more than 2 percent.

The euro built on sharp gains from a day earlier, rising to near two-year highs against the dollar and undermining European stocks, with Germany’s DAX equity index falling 1.7 percent.

ECB President Mario Draghi said on Thursday financing conditions remained broadly supportive, and that the euro’s appreciation had “received some attention.” However, he did not cite that as a problem nor did he directly try to talk the currency down.

“The fact that Draghi didn’t necessarily argue too much against the strength of the euro … certainly gave the green light for individuals to want to own the currency again or actually add to their positions,” said Dean Popplewell, chief currency strategist at Oanda in Toronto.

MSCI’s gauge of stocks across the globe shed 0.19 percent, falling after 10 days of gains.

“The market is pausing after another stellar run to record high levels, as people take modest profits off the table and cut back on risk just a little bit going into the weekend,” said Randy Frederick, vice president of trading and derivatives for Charles Schwab in Austin, Texas.

Next week, investors will be focusing on a meeting of Federal Reserve policymakers, the release of second-quarter economic growth data, and another flood of corporate results.

Aside from the ECB comments, investors were also assessing whether President Trump’s recent legislative setbacks and developments involving a probe into alleged Russian meddling in the 2016 presidential election were threatening his domestic plans for tax cuts and infrastructure spending.

“Compounding the [weaker dollar] move is this latest news on the political front in the U.S. about the Russia investigation expanding to Trump’s business affairs,” said Alvise Marino, FX strategist at Credit Suisse in New York. “This is on top of the fact that the Senate has not been able to pass anything meaningful on the health-care front.”

U.S. Treasury yields fell, with benchmark yields hitting three-week lows, amid doubts whether the ECB would scale back its bond purchases in 2017.

Oil prices sank after a consultant forecast a rise in OPEC production for July despite the group’s pledge to curb output, reigniting concerns the global market will stay awash with crude.

Spot gold added 0.8 percent to $1,254.30 an ounce, as the weaker dollar made bullion cheaper for holders of other currencies.