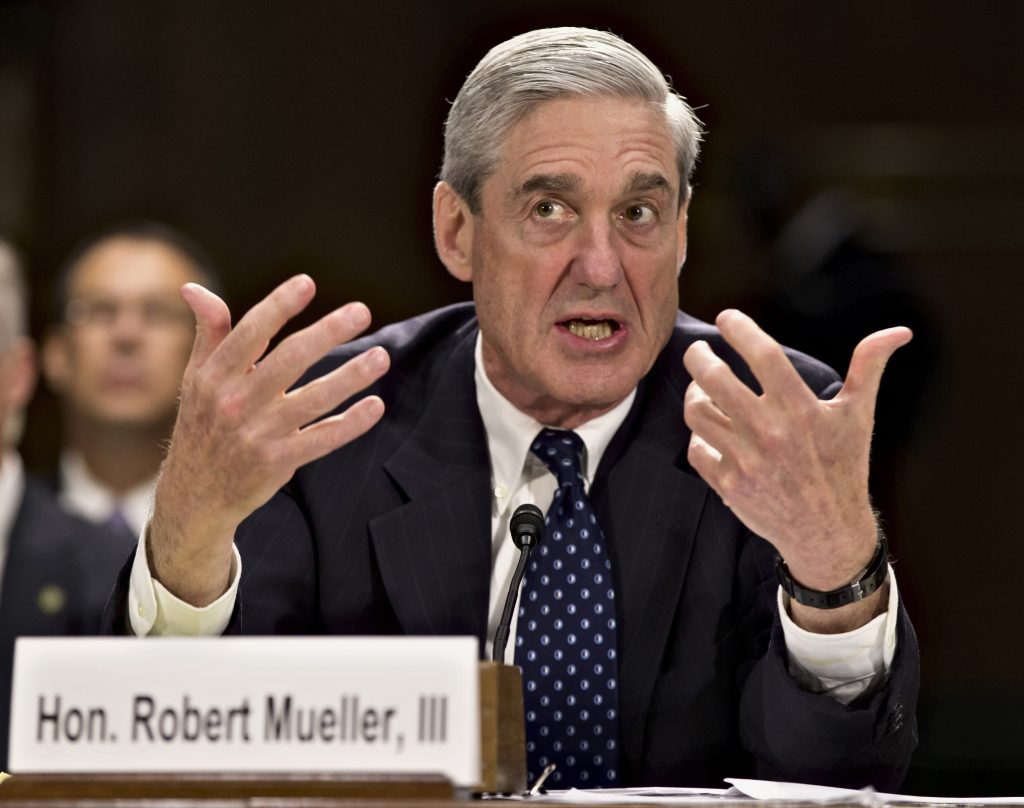 President Donald Trump’s legal team is evaluating potential conflicts of interest among members of special counsel Robert Mueller’s investigative team, according to three people with knowledge of the matter. The revelation comes as Mueller’s probe into Russia’s election meddling appears likely to include some of the Trump family’s business ties.

Attorney Jay Sekulow, a member of the president’s external legal team, told The Associated Press Thursday that the lawyers “will consistently evaluate the issue of conflicts and raise them in the appropriate venue.”

Two of the people with knowledge of that process say those efforts include probing the political affiliations of Mueller’s investigators and their past work history. Trump himself has publicly challenged Mueller, declaring this week that the former FBI director would be crossing a line if he investigated the president’s personal business ties.

The focus on potential conflicts with Mueller’s team may well be an effort to distract from snowballing federal and congressional investigations into possible election year coordination between Trump’s campaign and Russia. While Trump has assailed the probes as a partisan “witch hunt,” the investigations have increasingly ensnared his family and close advisers, including son Donald Trump Jr. and son-in-law and White House senior adviser Jared Kushner.

As the investigations intensify, Trump’s legal team is also undergoing a shakeup. New York-based attorney Marc Kasowitz, whose unconventional style has irked some White House aides, is seen as a diminishing presence in the operation, according to the two people with knowledge of the matter.

John Dowd, an experienced Washington attorney, is expected to step up his role on the president’s outside legal team, which also includes Sekulow. They’re just a few of the fast-growing cadre of attorneys stepping up to represent the president, his family and close advisers as the investigations continue to expand.

In another sign of a shakeup, Mark Corallo, who has been working as a spokesman for the legal team, is no longer part of the operation, according to those familiar with the situation. They insisted on anonymity because they were not authorized to discuss the matter publicly.

Trump has grown increasingly frustrated with the investigations, which threaten to shadow his administration for months or even years. In an interview Wednesday with The New York Times, Trump warned Mueller that it would be a “violation” if he investigated the Trump family’s financial entanglements.

Mueller’s mandate in overseeing the federal probe is broad. He’s authorized to investigate Russia’s election interference, any potential Trump campaign ties and any matters that stem from those inquiries.

Attorney Sekulow told the AP that the president “has not received any indication” from the special counsel that he personally is under investigation.

White House spokeswoman Sarah Huckabee Sanders said President Trump has no intention of firing Mr. Mueller “at this time,” but she did not rule out doing so in the future. She also reiterated Trump’s concern about the scope of Mr. Mueller’s investigation, saying it “should stay in the confines of meddling, Russia meddling, and the election and nothing beyond that.”

California Rep. Adam Schiff, top Democrat on the House Intelligence Committee, said Mr. Mueller has the authority to investigate any ties the Trump family has to Russia, “including financial, and anything that arises. That is his duty.”

The White House push against the special counsel’s probe comes as the outlines of the investigation are beginning to become clearer.

Bloomberg reported that Mr. Mueller’s investigators are looking into Trump business transactions with Russians, including apartment purchases in his buildings, a controversial New York development project, the multimillion-dollar sale of a Florida home and the 2013 Miss Universe pageant held in Moscow.

The Times also reported that federal investigators have been in talks with Deutsche Bank about obtaining records related to his finances, and that the bank expects it will have to provide information to Mr. Mueller.

Deutsche Bank has been one of the few major institutions willing to regularly lend to Trump, who alienated large banks in New York with his past financial troubles and confrontational behavior as a borrower. Over the years, the bank’s cumulative loans to Trump add up to billions, and loans originally worth $300 million remain outstanding.

But lending to Trump hasn’t always been easy for Deutsche Bank. In 2008, he sued the bank for $3 billion after he defaulted on a loan for Trump Tower Chicago, using a novel legal theory that he shouldn’t be held to the terms of his contract due to Deutsche Bank’s involvement in the broader financial crisis.

That eventually led the bank to grant Trump some concessions on the loan, but the suit scarred his relationship with its commercial lending division. Afterward, Deutsche’s Trump relationship was transferred to Rosemary Vrablic, a banker in Deutsche’s private wealth division.

In yet another development, New York financier Anthony Scaramucci is under consideration to join the administration as communications director, according to two people with knowledge of the situation who spoke on condition of anonymity because they are not authorized to discuss internal deliberations.

Scaramucci is a frequent defender of the president on television and was a fixture at Trump Tower during Trump’s transition.