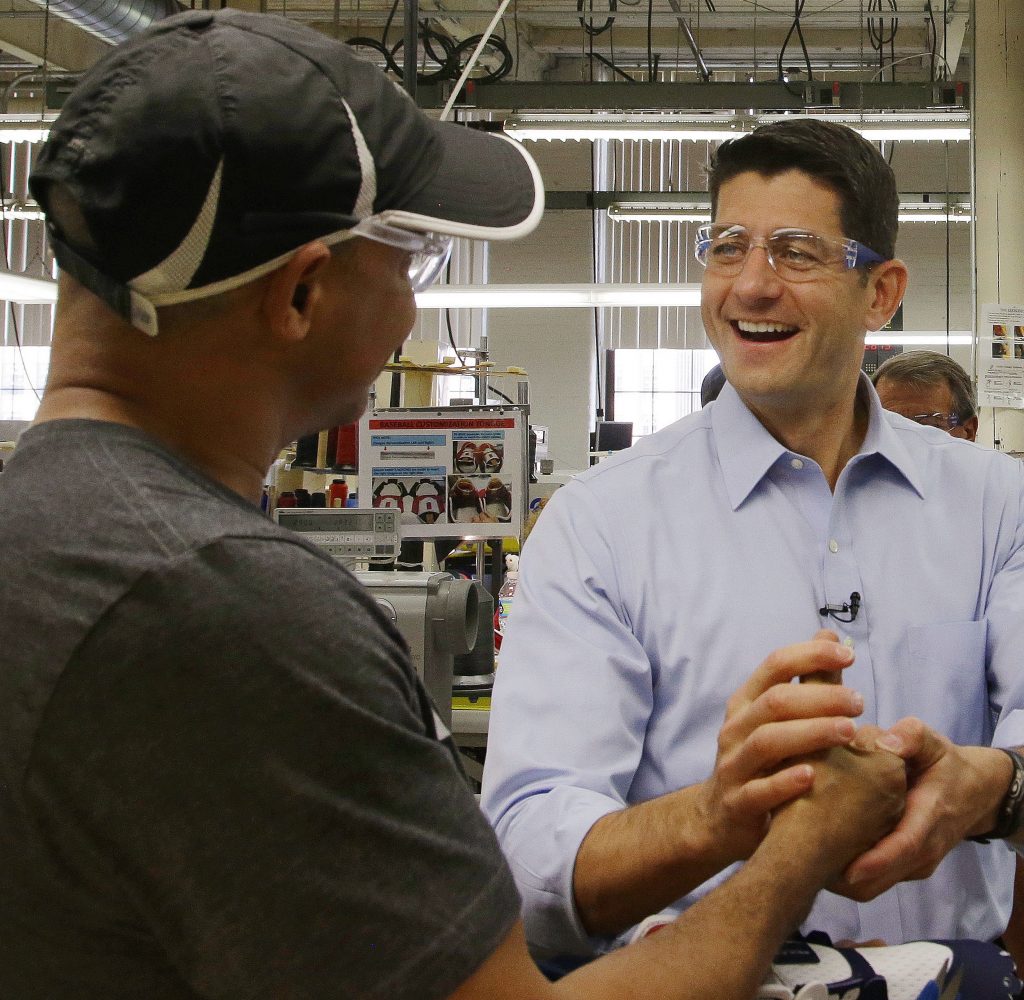 Ryan traveled to this heavily Democratic state to promote one of President Donald Trump’s top priorities, as congressional Republicans struggle to advance key parts of the president’s agenda.

Ryan delivered a stinging indictment of the current tax code, calling it inefficient, unfair and too complicated. He said the tax code puts U.S. businesses at a disadvantage against foreign competitors and overwhelms families who can’t fill out their own tax forms.

Ryan said Republicans are working to eliminate tax exemptions, deductions and credits and use the revenue to lower tax rates.

Overhauling the nation’s tax system has been a top priority for Republicans.

The White House and congressional Republicans have been privately negotiating their tax package for weeks, with no public sign that they’re near a consensus. Democrats have been excluded from the talks.

The last time Congress overhauled the tax system was in 1986, the same year Ryan got his driver’s license. Ryan pledged to pass a tax package this year.

“This is a once-in-a-generation moment,” Ryan said. “It is time to cut taxes and simplify the code. It is time to create jobs and grow our economy. It is time to restore our nation to its full potential. It’s time to get this done.”

Ryan spoke after he toured the factory. Outside, more than 100 demonstrators held signs and chanted: “Health care for all” and “No hate. No fear. Paul Ryan is not welcome here.”

The Massachusetts chapter of the Service Employees International Union, which represents health-care workers, organized the rally.

“It’s baffling. They’re continuing to push this mythology that tax cuts for the rich will magically help the poor,” she said.

Hoke said Lawrence is among the cities that would be the most affected by Republican health-care and immigration policies.

Lawrence is a mostly blue-collar city, 75 percent of whose residents are Latino. It’s about 30 miles north of Boston, near the New Hampshire state line.

“We’re proud of New Balance and what it’s done in the community, but Paul Ryan doesn’t represent our values,” said Matt Bausemer, a 39-year-old vocational-school teacher who was wearing a pair of the company’s sneakers.

New Balance executives have been supportive of Republicans. Jim Davis, the company’s billionaire owner, gave nearly $2 million during the last election to Republican candidates and political action committees across the country, federal campaign records show. He also has donated to Democrats.

New Balance was founded in 1906 in Boston, where it remains headquartered. It employs more than 6,000 workers and operates two factories in Massachusetts, three in Maine and one in the United Kingdom.