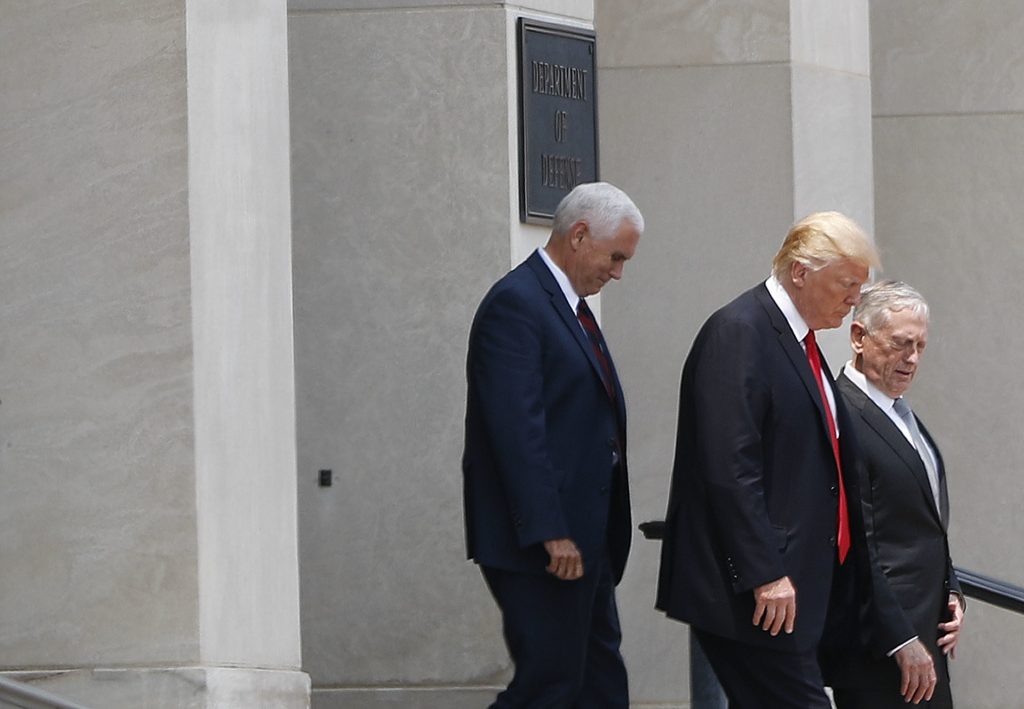 President Donald Trump is focusing on the fight against the Islamic State terror group in Afghanistan as he visits the Pentagon Thursday.

The Trump administration hopes to address weaknesses in Afghan forces with a new strategy and the infusion of several thousand American forces. There are now about 8,400 there.

The additional U.S. troops are expected to bolster the Afghan forces in critical areas so they can eventually take greater control over the security of their own nation.

The Taliban have slowly resurged, following the decision to end the combat role of U.S. and international forces at the end of 2014.