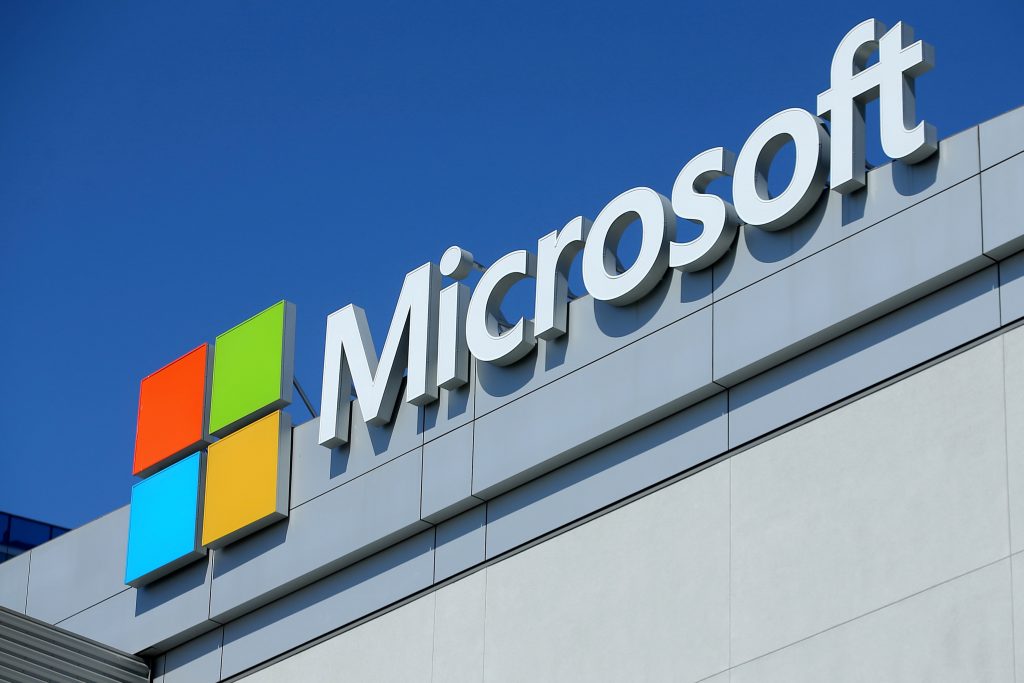 The three months that ended in June brought another jump in sales of Microsoft’s portfolio of business software, which includes its subscription-based version of Office and the Azure platform of on-demand computing power and data storage.

The technology giant posted net income of $6.5 billion during the quarter, well up from $3.1 billion a year earlier. On a per share basis, that translates to 83 cents, up from 39 cents.

The results, covering the last quarter of Microsoft’s fiscal year, were better than analysts expected. Microsoft shares, already at a record high at the close of trading on Thursday, extended those gains after hours.

The company, headquartered outside Seattle, in the last few years has been reshaping its business from one-time sales of software licenses to subscription services in the cloud.

That’s entailed layoffs, including thousands announced earlier this month, as well as billions of dollars spent building a worldwide network of data centers to power those cloud-computing tools. The cost of running those facilities has weighed on the company’s profitability. So has a growing-but-lower-margin hardware business, primarily its line of Surface computers.

During the just-completed fiscal year, Microsoft took home 62 cents of every dollar of sales in gross profit, down from more than 80 cents in 2010.

But Wall Street investors believe the changes in the company’s business position it to survive in the emerging era of cloud software, defying earlier expectations that the company — tied by Windows and Office to a cratering personal computer market — was headed for irrelevance. In the process, Microsoft has emerged as a credible rival to Amazon.com’s Amazon Web Services, which pioneered the business of selling rented technology infrastructure over the internet.

The company doesn’t break out the unit’s revenue, but analysts with Credit Suisse estimate Azure pulled in $3.6 billion during the just-completed fiscal year. AWS was on pace to bring in $15 billion over the same period.

“We seem to have crossed some sort of credibility barrier,” said Chris Suh, Microsoft’s director of investor relations. “We’ve gone from being in the game to sort of right up there with AWS in terms of viability in many cases.”

Microsoft’s stock ended regular trading on Thursday at a record high $74.22, up 36 cents, or 0.5 percent, on the day. In after-hours trading following the earnings release, shares dropped 22 cents, or 0.3 percent, to $74.

For the full fiscal year, Microsoft’s sales totaled $89.9 billion, up 5 percent from a year earlier. Net income was $21.2 billion, an increase of 26 percent.

The company’s quarterly results include a $1.8 billion tax benefit as Microsoft recognized losses accrued by its now-dismantled smartphone hardware business in past years. That tailwind boosted Microsoft’s results by 23 cents a share, the company said.

Including sales of the Windows operating system that Microsoft officially defers to future quarters, Microsoft’s earnings per share were 98 cents, up from 69 cents a share a year earlier.

Absent the tax adjustment, earnings would have been 75 cents a share, topping analysts expectations for a profit of 71 cents a share.

Adjusted revenue during the quarter was $24.7 billion. Analysts surveyed by S&P Global Market Intelligence had expected revenue of $24.2 billion.