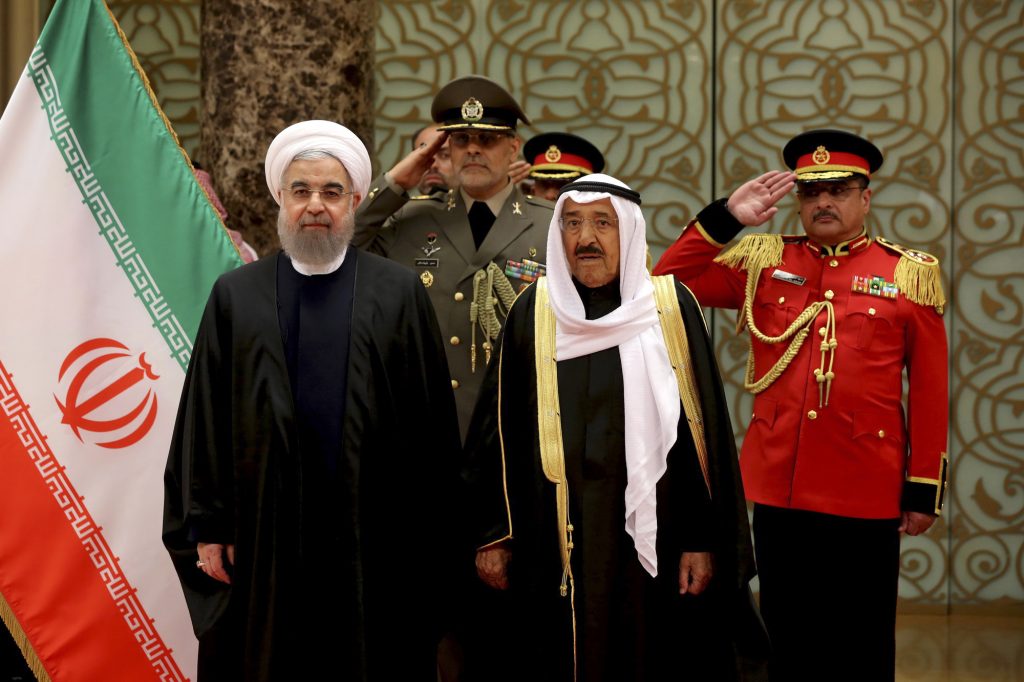 Kuwait ordered the Iranian ambassador on Thursday to leave the country within 48 days, Iran’s ISNA news agency reported, in an escalating row following a court case which implicated “Iranian parties” in a spy cell.

“Under the pressure of Saudi interventionist policies, and the baseless accusation of Iranian interference … Kuwait has announced that … Alireza Enayati, the Iranian ambassador to Kuwait, must leave within 48 days,” the Iranian Students News Agency (ISNA) said.

Last year Kuwait convicted 23 men – one Iranian and the rest Kuwaiti – of spying for Iran and Lebanese Shiite Muslim group Hezbollah after a cache of guns and explosives was discovered in a raid of the so-called “Abdali cell” in 2015.

In a case which stoked unusually severe tensions between the two OPEC members, Kuwait’s highest court changed some of the sentences last month.

“The government of the state of Kuwait decided to take actions in accordance with diplomatic norms and in abidance with the Vienna conventions with regards to its relationship with the Islamic Republic of Iran,” acting Information Minister Sheikh Mohammad al-Mubarak al-Sabah said in a separate statement.

Officials at the Iranian embassy were not immediately available for comment.

“Kuwait claims that Iran has tried to interfere in the internal affairs of the country,” Iranian state media reported.

It is also trying to be a mediator in a separate, more wide-ranging dispute between Qatar and Gulf Arab states, which accuse Doha of being an ally of Iran.

Last month Kuwait’s highest court overturned a death sentence against a man connected with the Abdali case. It also lowered the life sentence for another man to 15 years in prison, and sentenced several others previously judged “not guilty” to 10 years.

Earlier this week the Interior Ministry said that anyone withholding information about the location of the men newly sentenced by the court should contact authorities or face prison and fines, implying that the men were on the run.

It posted pictures of the 16 men and said anyone who concealed information about them or helped them to escape would face a two-year jail term and a 1,000 dinar ($3,305) fine.