Politics In Interview, President Trump Says ‘Should Not Have Picked Sessions as AG’
Politics 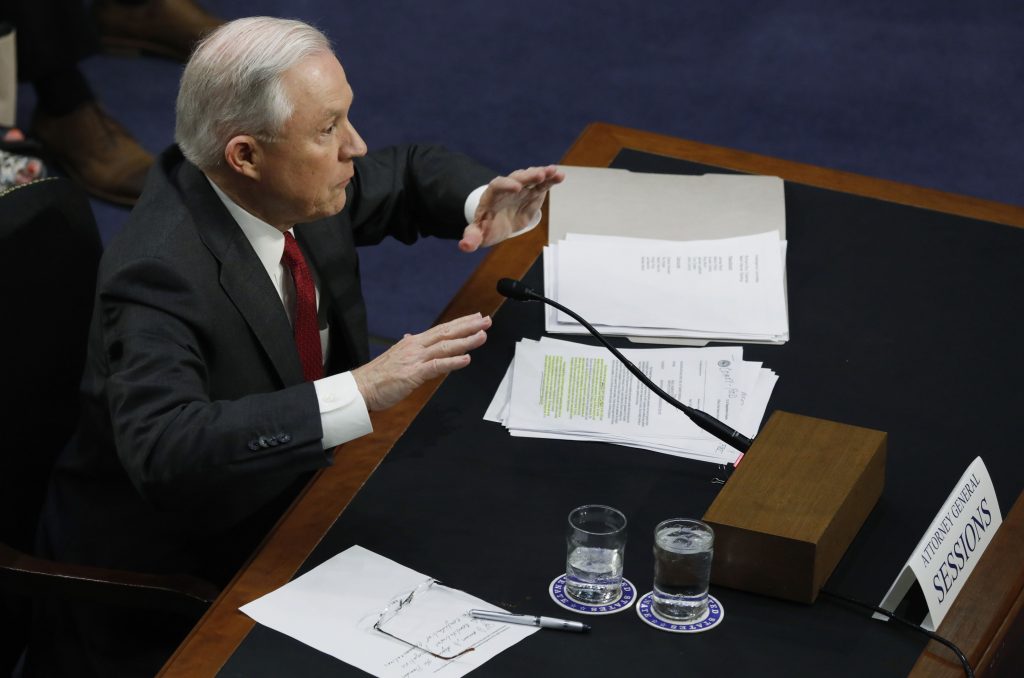 President Donald Trump told The New York Times in an interview Wednesday that he never would have appointed Jeff Sessions as attorney general had he known Sessions would recuse himself from overseeing the Russia investigation.

In an extraordinary denouncement of one of his earliest backers in Washington, President Trump said Sessions’s decision to recuse himself from all matters related to Russia was “very unfair to the president.”

“Sessions should have never recused himself,” President Trump told the paper, “and if he was going to recuse himself he should have told me before he took the job and I would have picked somebody else.”

Sessions’s recusal, announced following revelations that he had failed to disclose meetings with Russia’s ambassador to the U.S., effectively paved the way for the appointment of Robert Mueller as special counsel. Mueller’s investigation into Russian meddling in the 2016 election and potential ties between the Russian government and Trump campaign aides has cast a growing cloud on Trump’s administration.

A Trump adviser said the president’s comments about Sessions reflected his long-running frustration with the attorney general’s decision to recuse himself and echoed statements he has made privately.

The adviser said the remarks were not intended to signal that President Trump plans to fire Sessions. However, the adviser said the unknown factor was whether the public airing of grievances would prompt Sessions to resign, particularly given that the attorney general has previously offered to step down.

The adviser insisted on anonymity in order to discuss the president’s thinking.

President Trump also addressed the previously undisclosed conversation he had with Russian President Vladimir Putin during a dinner for world leaders at a summit in Germany.

President Trump said the pair spoke for about 15 minutes at the dinner and said the conversation consisted of “pleasantries more than anything else” — though he said he and President Putin also discussed adoption.

Russia had banned Americans from adopting Russian children in response to the Magnitsky Act, passed by Congress in 2012, which allowed the U.S. to impose sanctions on Russians deemed as human rights violators.