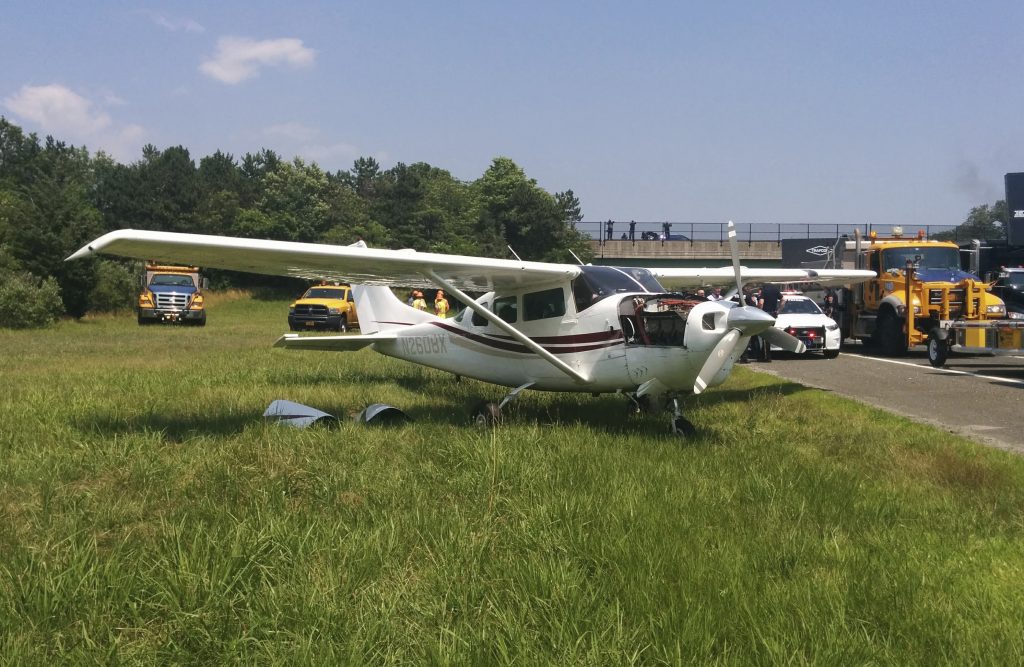 A small plane that had taken off from a Long Island airport and was heading to New Jersey made a precautionary landing Wednesday afternoon on the Sunrise Highway.

The Federal Aviation Administration says the Cessna C206 landed on the westbound lane of the Sunrise Highway in North Bellport. Suffolk County police say there were no injuries. The pilot was the only person on board the aircraft.

It wasn’t clear what caused the pilot to land the plane, which had taken off from nearby Brookhaven Calabro Airport in Shirley and was heading to Eagles Nest Airport in West Creek, New Jersey.