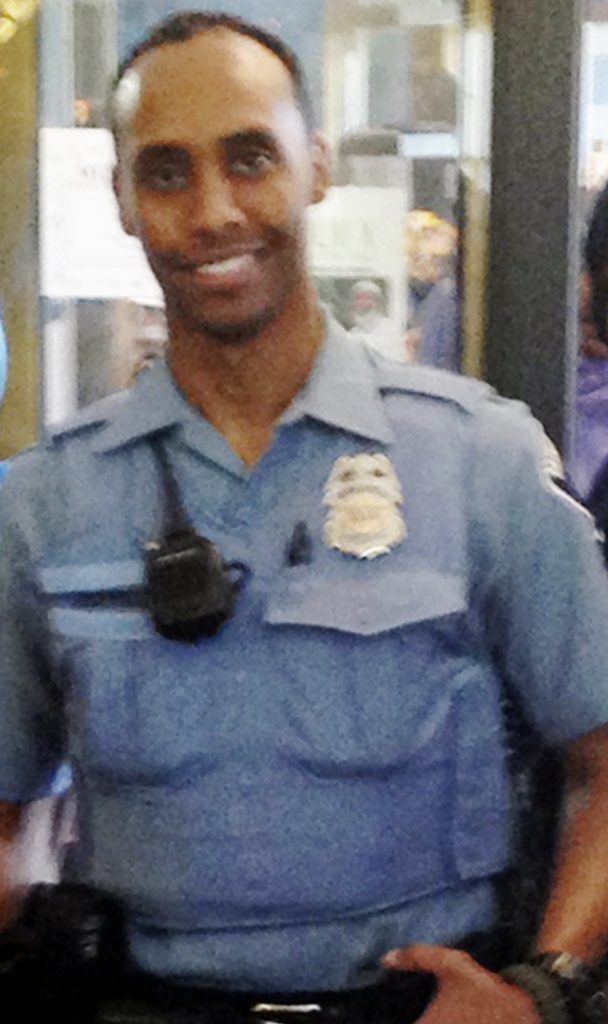 The partner of a Minneapolis police officer who shot and killed an Australian woman who had called 911 told investigators he was startled by a loud sound near their squad car seconds before his partner fired his weapon.

Officer Matthew Harrity’s account, as given by state investigators, is the first to emerge of the moments leading up to the death of Justine Damond, a 40-year-old meditation teacher and life coach who was due to be married in August. It’s also the only one, since Officer Mohamed Noor — who fired the shot that killed Damond — has so far refused to be interviewed.

Damond’s death late Saturday night in an alley behind her southwest Minneapolis home sparked anger and a demand for answers both in the city and in her home country, where the shooting has been front-page news for days.

The Minnesota Bureau of Criminal Apprehension said Damond approached the driver’s side window of the squad car immediately after Harrity said he had been startled by the sound. Noor, in the passenger seat, shot Damond through the open driver’s side window, the BCA said.

Harrity was interviewed Tuesday. The BCA said Noor’s attorney didn’t say when or if Noor would talk to investigators, and under the law an interview can’t be compelled.

Noor’s attorney didn’t respond to messages from The Associated Press.

According to the BCA, Harrity told investigators that he and Noor responded to a 911 call from Damond about a possible assault near her home at about 11:30 p.m. Saturday.

Harrity was driving the squad car as the officers went through an alley to look for a suspect. The squad lights were off when the noise startled him, Harrity said.

No weapon was found at the scene. The officers did not turn on their body cameras until after the shooting, and the squad car camera was also not activated.

Harrity told investigators that after the shooting, the officers got out of their vehicle and gave Damond immediate medical attention.

Harrity said that he and Noor saw a man, estimated to be between 18 and 25, bicycling in the area before the shooting. That man stopped and watched as officers attended to Damond. BCA agents are asking that man, and any other potential witnesses, to come forward.

The BCA said that unless more people come forward, there are no additional interviews scheduled.

David Klinger, a criminal justice professor at the University of Missouri-St. Louis, said that police officers can’t be compelled to testify in an outside investigation.

“Police officers are citizens … they have the same Fifth Amendment right as anyone. They don’t have to give a statement,” Klinger said. “His lawyer might be saying, you’re not going to talk until I feel you’re rested and not under stress.”

In a news conference after the BCA’s update, Mayor Betsy Hodges said she wished Noor would speak to investigators.

The city also said it planned to release a transcript of Damond’s 911 call after it is shared with family members. Officials had initially declined to make it public.

The BCA said forensic testing is being completed and evidence is still being examined. When the investigation is done, the BCA will present all its findings to prosecutors for possible charges.

Australian Prime Minister Malcolm Turnbull gave an interview Wednesday, shortly before the release of details from the BCA’s preliminary investigation, and joined the chorus demanding answers.

“How can a woman out in the street in her pajamas seeking assistance from police be shot like that? It is a shocking killing,” Turnbull said.

In Damond’s hometown of Sydney, about 300 people attended a silent vigil in her honor Wednesday morning at Freshwater Beach. Mourners threw pink flowers into the Pacific Ocean.

Records from the city’s Office of Police Conduct Review show Noor has had three complaints against him. Two are pending, and the third was dismissed without discipline. Under state law, details of open cases and cases that result in no discipline are not released.

Noor was also sued earlier this year after a May 25 incident in which he and other officers took a woman to the hospital for an apparent mental health crisis. The lawsuit claims Noor and other officers violated the woman’s rights when they entered her home without permission and Noor grabbed her wrist and upper arm. The lawsuit, which is pending, said Noor relaxed his grip when the woman said she had a previous shoulder injury.

Damond, who was planning to be married next month, was a meditation teacher and life coach. Her maiden name was Justine Ruszczyk, and though she was not yet married, she had already been using her fiance’s last name.