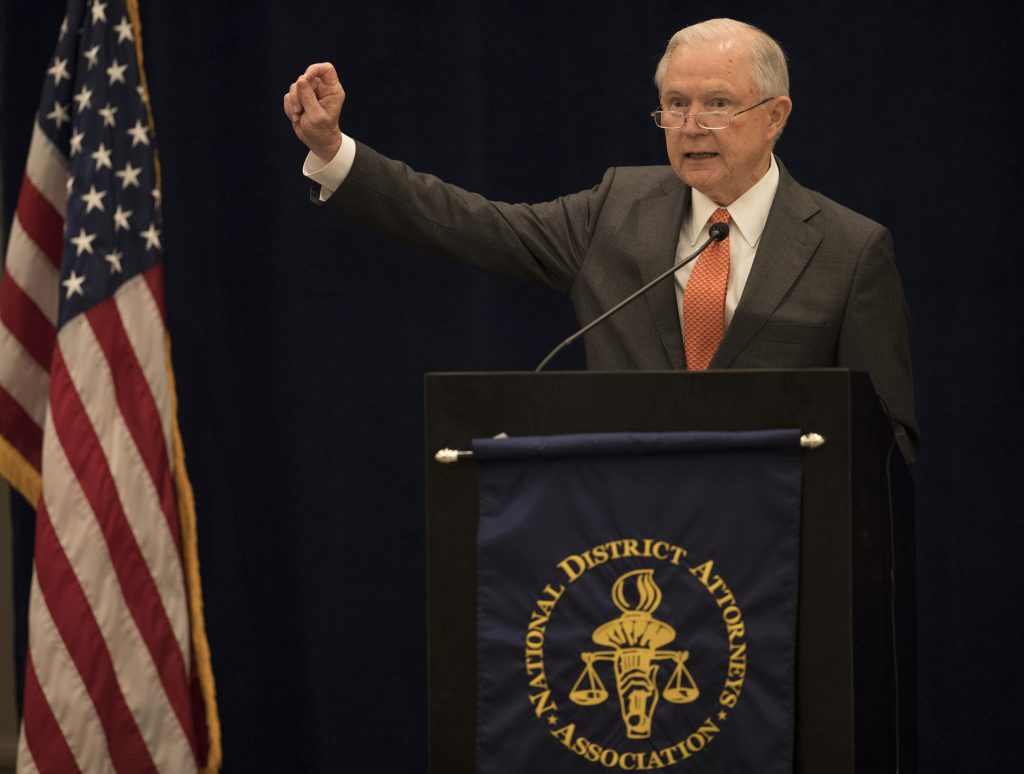 The Justice Department will be restarting a federal asset–forfeiture program that had been shut down by the previous administration. The Department made the official announcement Wednesday, two days after Attorney General Jeff Sessions told a meeting of the nation’s district attorneys that he’d be issuing a directive to restart the program.

Known as “adoptive forfeiture,” the program — which gives police departments greater leeway to seize property of those suspected of a crime, even if they’re never charged with or convicted of one — was a significant source of revenue for local law enforcement. In the 12 months before Attorney General Eric Holder shut down the program in 2015, state and local authorities took in $65 million that they shared with federal agencies, according to an analysis of federal data by the Institute for Justice, a public interest law firm that represents forfeiture defendants.

While adoptive forfeitures amount to just a small percentage of the annual multi-billion dollar forfeiture haul, they’ve come under harsh criticism for allowing local authorities to sidestep state guidelines and instead take cash and property under much more permissive federal rules.

According to the Institute for Justice, thirteen states have passed laws requiring prosecutors to obtain a criminal conviction before authorities can permanently seize an individual’s property. Under federal law, however, authorities can take cash, vehicles, homes and any other property and keep it for themselves, without ever charging the suspect with a crime.

Under federal guidelines, the state and local agencies making adoptive seizures are entitled up to 80 percent of the proceeds, while federal agencies would receive at least a 20 percent cut. The median value of those seizures was about $9,000, not exactly indicative of major drug-trafficking operations.

Some of the seizures were as low as a few hundred dollars, including $107 taken by Kanakee, Ill. authorities on March 12, 2014. That money was turned over to the DEA, which is entitled to keep $21.40 of it, with the remaining $85.60 to be returned to Kanakee police.

These numbers comport with numerous other investigations which have found that forfeiture efforts tend to target poor neighborhoods. Between 2012 and 2017, for instance, the median value of assets seized by Cook County police was just over $1,000. A 2015 ACLU analysis of cash forfeitures in Philadelphia turned up a median value of $192.

The small dollar values often at stake undercut forfeiture defenders’ claims that the practice is necessary to disrupt major criminal organizations. A 2015 Institute for Justice report found that between 1997 and 2013, 87 percent of the Department of Justice’s forfeitures did not require any criminal charge or conviction.

But the adoptive forfeiture program came under particularly intense criticism because it allowed state and local police to sidestep state-level forfeiture reforms using a sleight of paperwork. The Justice Department’s 2015 policy change effectively eliminated the adoption program — adoptions dropped from $65 million the prior year to just $15,000 in the following twelve months, according to the Institute for Justice’s analysis.

But the changes announced Wednesday turn that cash spigot back on. Since the 2015 policy change, many more states have implemented forfeiture reforms making it harder to seize cash and property. That means that more law enforcement agencies now have the incentive to sidestep those reforms via the reinstated adoptive forfeiture process.