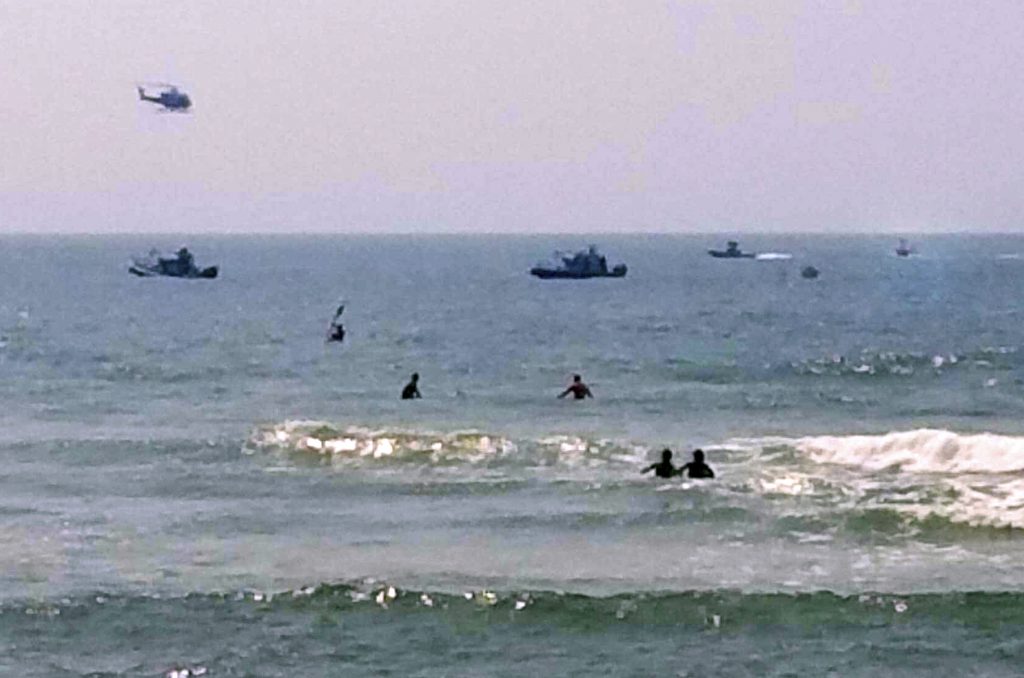 A helicopter carrying the son of a sports CEO Vince McMahon made an emergency landing Wednesday in the ocean off New York, and neither the pilot nor passenger were hurt.

Shane McMahon, also a sports executive, was the passenger in the Robinson R 44 helicopter that came down in the Atlantic Ocean off Long Island’s Gilgo Beach late Wednesday morning. The red aircraft could be seen bobbing on its bright yellow pontoons as small boats circled about a half-mile south of the beach.

“It was very unnerving,” McMahon said to reporters later. But the pilot “was super calm, which made me super calm and we landed perfectly.”

He later tweeted his thanks to the pilot and emergency responders.

The Federal Aviation Administration said the helicopter had taken off from Westchester County Airport in White Plains. The pilot issued a mayday call before going into the water, and a commercial flight heading to Kennedy International Airport heard it and relayed it to FAA controllers at a radar facility.

It was not yet clear what went wrong.