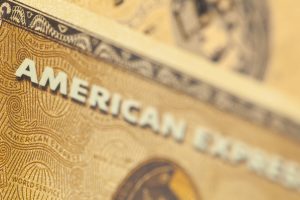 Credit-card company American Express said its second-quarter profit fell 33 percent, largely due to the fact that it had a significant one-time gain last year tied to the winding down of its business relationship with Costco.

The New York-based company earned $1.31 billion in three-month period ending June 30, or $1.47 a share, compared with a profit of $1.98 billion, or $2.10 a share, a year earlier. The results beat the expectations of analysts who according to FactSet were looking for AmEx to earn $1.43 a share.

American Express’ results for the quarter were distorted by the fact that in the second quarter of 2016, the company ended its relationship with Costco.

The results last year include a one-time gain of $1.1 billion from AmEx selling its Costco credit card portfolio to Citigroup. The company’s expenses rose sharply compared to a year ago, due to the tax treatment and restructuring charges AmEx had to book when the Citi deal closed.

AmEx’s U.S. consumer card business reported a profit of $440 million, down 59 percent from a year ago, again because of the sale of the Costco portfolio.

Looking past the effect of the end of the Costco relationship, AmEx is showing signs of recovering from losing a significant part of its business.

The number of cards AmEx has issued grew both in the U.S. and globally. The average amount spent on an AmEx card grew, and more customers were keeping a revolving balance on their cards, which is something AmEx had been pushing for. AmEx makes most of its money by taking a small percentage of each transaction that runs on its network, so the more money spent on its cards, the more revenue AmEx earns.

In total, AmEx had revenue of $8.31 billion in the period, also topping Street forecasts. The company also said it expects full-year earnings to be $5.60 to $5.80 per share.