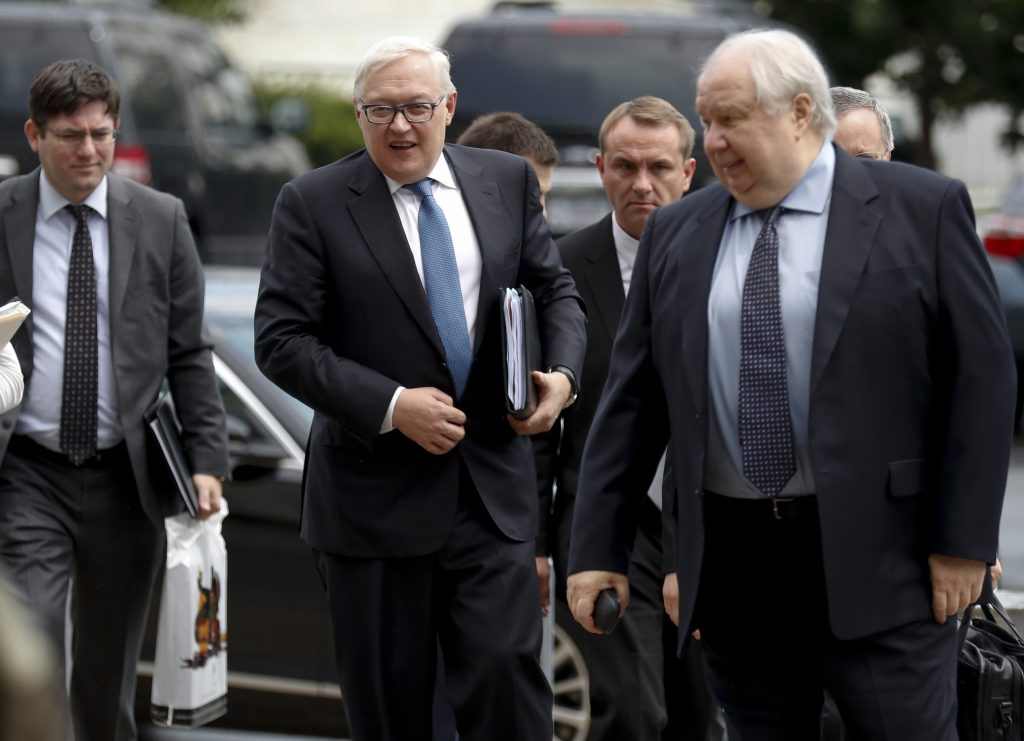 The Trump administration said Tuesday that more work needs to be done to resolve irritants in the U.S.-Russia relationship, as Moscow stepped up its impatient calls for the return of two seized diplomatic compounds.

The State Department said the latest round of high-level talks, a 2½-hour discussion between Under Secretary of State Tom Shannon and Russian Deputy Foreign Minister Sergei Ryabkov on Monday, was “tough, forthright and deliberate” and reflected a joint commitment to work out the issues. However, it said no breakthroughs were achieved.

“The United States and Russia seek a long-term solution that would address areas of bilateral concern that have strained the relationship,” the department said in a statement. “The talks reflected a spirit of goodwill, but it is clear that more work needs to be done.”

The aim of the talks is to settle differences that have been hindering cooperation on larger issues, notably the conflicts in Syria and Ukraine. The resumption in talks came fewer than two weeks after President Donald Trump and Russian President Vladimir Putin held a highly anticipated first meeting in Germany, an encounter both countries described as a positive first step toward improving relations.

The U.S. wants Moscow to stop harassing American diplomats and to lift a ban on U.S. adoptions of Russian children. Russia wants the U.S. to return the two Cold War-era recreational estates — one in Maryland and one in New York — that former President Barack Obama ordered seized as part of its response to Russian meddling in the 2016 presidential election.

Though Putin declined to retaliate in December for Obama’s action — which also included expelling 35 Russian diplomats the U.S. said were really spies — frustration has mounted in Moscow amid disappointment that Trump has not reversed those actions.

Russia’s Foreign Ministry, meanwhile, issued a new warning that it might expel American diplomats or shut down U.S. property in Russia if the compounds are not reopened. It said Moscow “reserves the right to reciprocal measures.”

Ryabkov told the Russian news agency Tass that he and Shannon had put forward ideas for reaching a solution but that “it would be an exaggeration to say that we are on the verge of finding a solution and resolving this situation.”

Russian officials have been vocally demanding the return of the two properties, arguing that their seizure is a violation of U.S. property laws.

“Such unacceptable and illegal actions cannot go unanswered,” Ryabkov told Tass. “Nothing is to declare on the issue yet, but we have warned Americans that we need an unconditional return of the property; otherwise, retaliation measures will follow.”

At the same time, pressure has been mounting on the Trump administration not to return the two compounds at least until investigations into the role Russia played in the 2016 election are completed or Russia guarantees it won’t interfere in subsequent elections.