National U.S. Airstrikes in Afghanistan Are at Levels Not Seen Since Obama Troop Surge
National 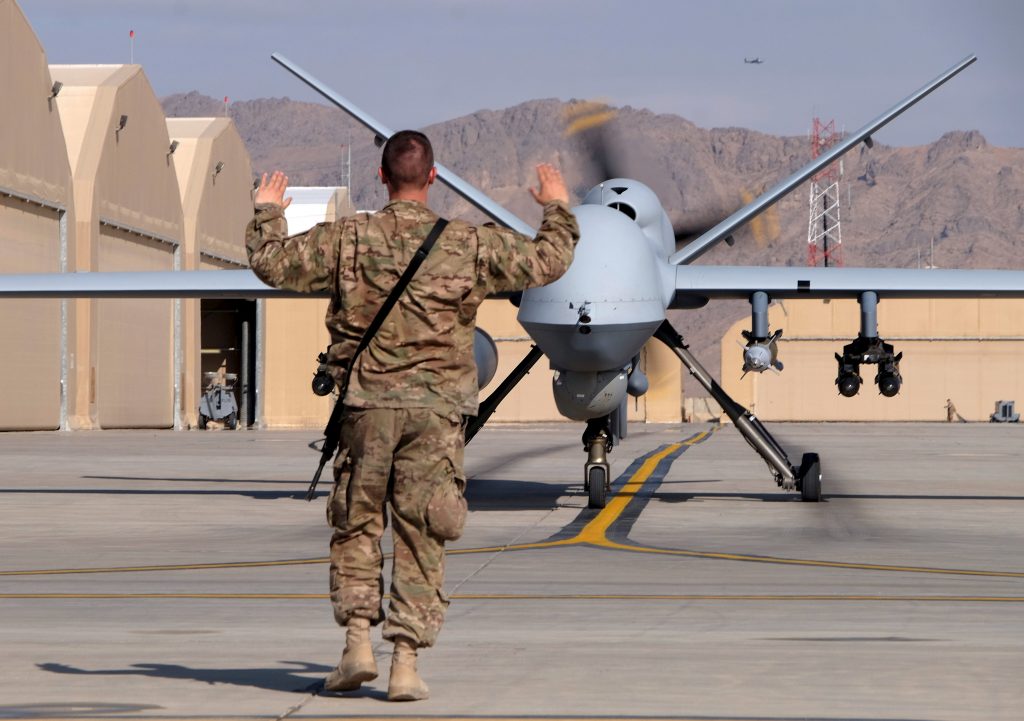 The U.S. air war in Afghanistan has returned to a level of intensity not seen since American forces were still fanned out across the country and fighting Taliban terrorists in daily skirmishes in 2012, according to recently released military data.

The majority of this year’s strikes have been used to go after the Taliban, said Navy Capt. Bill Salvin, a spokesman for the U.S.-led mission in Afghanistan.

The surge in U.S.-led air attacks comes as the Pentagon weighs whether to send thousands more troops into Afghanistan in a bid to reverse three years of steady gains by the Taliban. While Secretary of Defense Jim Mattis pledged to deliver a strategy to Congress this month, some lawmakers see any increase in support to what has become America’s longest running war as futile.

Salvin attributed the increase in airstrikes to gains made by Afghan Security Forces. “As they’re more successful, more strikes are needed,” Salvin said.

On Monday, a U.S. Marine unit in Helmand province – often known as the birthplace of the Taliban – said it had helped the Afghan Army retake a district center south of the provincial capital of Lashkar Gah and that the operation had been supported with “numerous” U.S. airstrikes. While Afghan forces control some population centers in the violent province, the Taliban are able to move around almost completely unrestricted.

An April report released by Special Inspector General for Afghanistan Reconstruction indicated that Afghan forces control 60 percent of the country, up from 57 percent in November last year. That same report indicated the Taliban had gained a percentage point of ground, still putting the terrorists’ control of territory at its highest in the country since U.S. forces invaded the country in 2001. The rest, the report said, remains contested.

To help prevent further losses, then-President Obama gave the commander of U.S. forces in Afghanistan, Army Gen. John Nicholson, authority to go after the Taliban with airstrikes. Before the June 2016 decision, U.S. forces were only allowed to target the Taliban with air support when defending U.S. troops alongside their Afghan counterparts. The new powers, known as the “strategic effects authority,” were supposed to be used sparingly, during times when the U.S.-provided air support could effectively change the strategic outcome of a battle.

The renewed intensity of the U.S.-led air campaign, along with the burgeoning capabilities of the Afghan Air Force, have also meant Afghan civilians are dying more frequently from aerial attacks. Salvin said that the Afghans had carried out 1,000 strikes this year, compared to 1,600 for all of 2016.

“The increase in civilian casualties from aerial operations affirms the criticality of continuous review of targeting criteria and pre-engagement precautionary measures in both offensive and defensive aerial operations,” the report said.

These figures, according to the report, equate to a 67 percent increase in civilian deaths compared to the same reporting period from 2016. Overall, however, civilian casualties at the hands of pro-government forces are down by roughly 20 percent, the report said.

Civilian casualties in Afghanistan continue to remain at record highs since the U.N. mission to Afghanistan began tracking civilian deaths in 2009. Tens of thousands of civilians and more than 2,000 U.S. troops have died in Afghanistan since 2001. Currently, there are roughly 8,500 U.S. troops serving alongside approximately 5,000 NATO forces in the country.