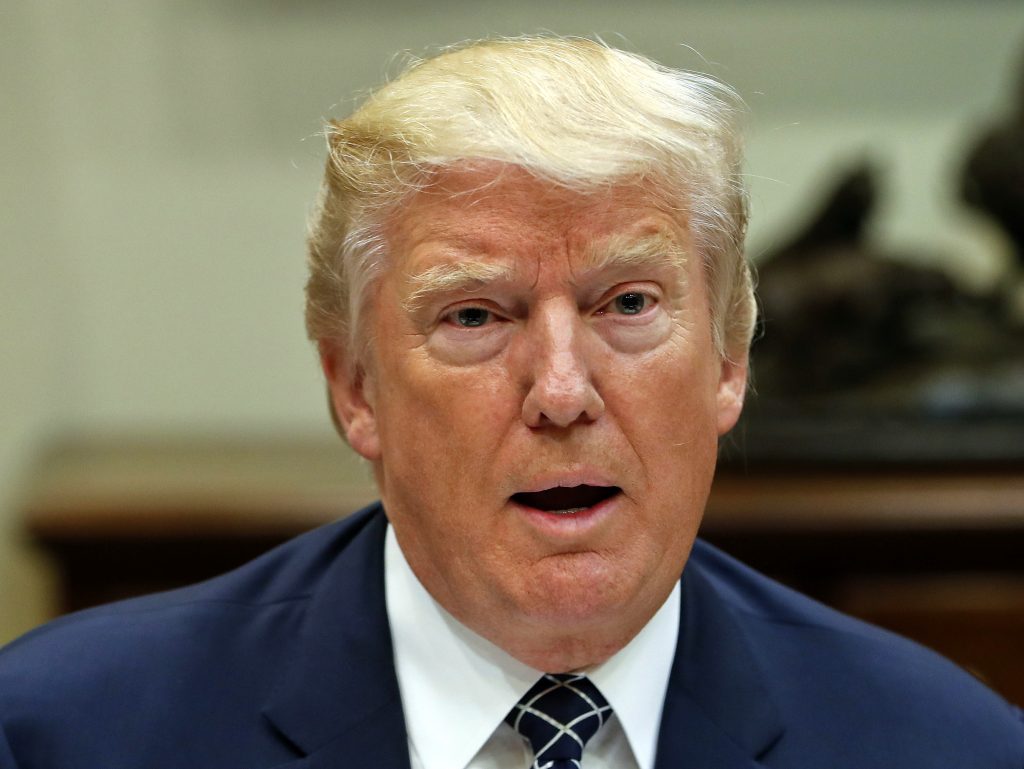 President Donald Trump declared Tuesday it’s time to “let Obamacare fail” after the latest GOP health-care plan crashed and burned in the Senate, a stunning failure for the president, Republican leader Mitch McConnell and a party that has vowed for years to abolish the law.

In a head-spinning series of developments, rank-and-file Republican senators turned on McConnell and Trump for the third consecutive time, denying the votes to move forward with a plan for a straight-up repeal of “Obamacare.” This time, it was three GOP women — Susan Collins of Maine, Lisa Murkowski of Alaska, and Shelley Moore Capito of West Virginia — who delivered the death blow.

All had been shut out of McConnell’s initial all-male working group on health care.

McConnell, who could afford to lose only two votes in the narrowly divided Senate, had turned to the repeal-only bill after his earlier repeal-and-replace measure was rejected on Monday. That had followed the failure of an earlier version of the bill last month.

The successive defeats made clear that despite seven years of promises to repeal former President Barack Obama’s Affordable Care Act, Republicans apparently cannot deliver. Nonetheless, McConnell insisted he would move forward with a vote on his measure to repeal the law, effective in two years, with a promise to work — along with Democrats — to replace it in the meantime.

The vote to move ahead to the bill will take place early next week, McConnell announced late Tuesday. It appears doomed to fail, but GOP leaders want to put lawmakers on record on the issue and move on.

At the White House, Trump appeared to recognize defeat, at least for the moment, while insisting he bore none of the blame.

Despite the current law’s problems, most health-care experts do not believe it is at immediate risk of outright failure, and Democratic cooperation to adjust the law is far from assured.

Nor does it appear likely that Republicans can escape owning the problems with the law and the health-care system overall, now that they control the House, Senate and White House, partly on the strength of campaigning against the law.

“They seem to have this notion that they can be a majority party, and have control of the White House, and not be responsible for bringing down the health-care system,” said Democratic Sen. Dick Durbin of Illinois. “It doesn’t work that way.”

Asked how he would justify the GOP’s failure on health care to voters, McConnell responded: “Well, we have a new Supreme Court justice” — suggesting inaction on health care would be forgiven because of that success along with some regulatory rollbacks.

As the day began Tuesday, McConnell was hunting for votes to open debate on a revived version of legislation Congress sent to Obama’s desk in 2015 that would have repealed major portions of Obamacare, with a two-year delay built in. He had turned to that approach after getting stunned Monday night by defections by Sens. Mike Lee of Utah and Jerry Moran of Kansas on a repeal-and-replace bill.

Many Republicans support the repeal-only approach, and they questioned how senators who voted for the legislation two years ago could oppose it now.

“We’re going to find out if there’s hypocrisy in the United States Senate in the next few days, I’m afraid,” said Sen. David Perdue, R-Georgia.

But for others, the implications were too severe now that the bill could actually become law with a Republican president in the White House ready to sign it. The Congressional Budget Office has estimated that more than 30 million people would lose insurance over a decade under the legislation.

Collins voted against the legislation in 2015 while Murkowski and Capito both supported it. Murkowski told reporters Tuesday that repealing the Affordable Care Act without the promise of a replacement would cause uncertainty and chaos.

“To just say repeal and ‘Trust us, we’re going to fix it in a couple of years,’ that’s not going to provide comfort to the anxiety that a lot of Alaskan families are feeling right now,” she said.

Said Capito: “I did not come to Washington to hurt people.”

What’s next? Go back to the committee room and work on a bipartisan basis “in a way that the public feels that we are really working toward their best interests,” Murkowski said. “It’s where we should have started. … And yes, this is hard.”

Sure enough, later in the day health committee chairman Sen. Lamar Alexander of Tennessee announced he planned hearings on the issue in the next few weeks, a step Senate Republicans have not taken to date.

The GOP’s struggles over the latest measures came down to differences between moderates who feared the implications of a full-blown repeal, and conservatives who wanted nothing less. Speaker Paul Ryan managed to bridge those divides in the House in May, barely passing a bill that would have eliminated the coverage mandates and tax hikes in the Affordable Care Act, while unwinding the Medicaid expansion and removing insurance coverage for millions.

But the GOP bills polled poorly, and Trump never tried to sell them to the country. Meanwhile, Obama’s law grew steadily more popular in polls, and Republicans learned anew that a benefit, once given, is hard to take away.