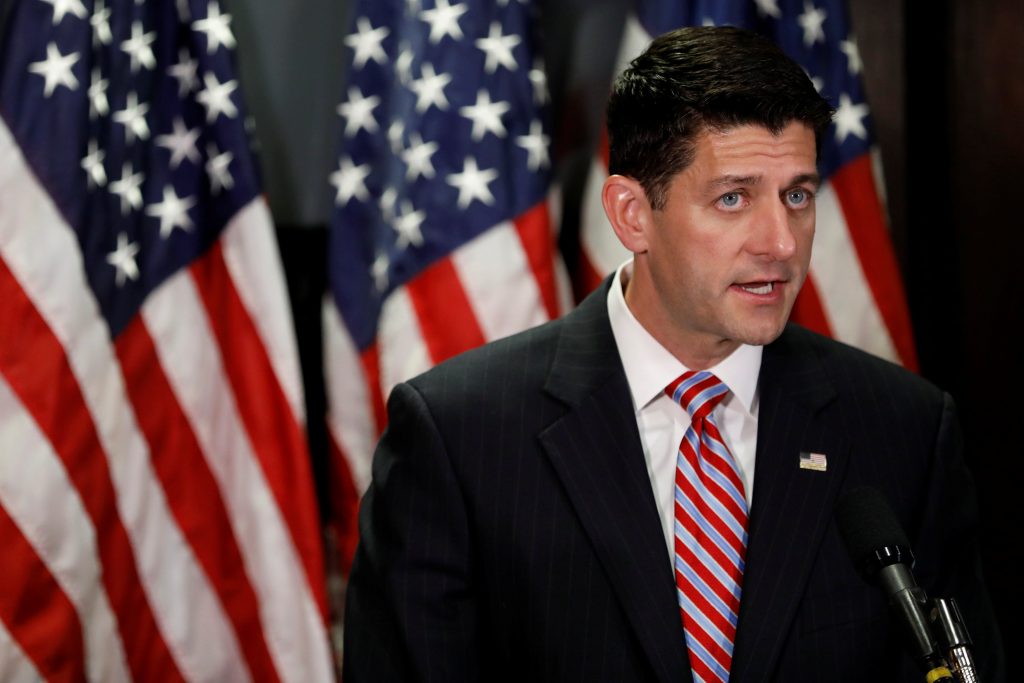 House Republicans on Tuesday unveiled a budget that makes deep cuts in food stamps and other social safety net programs while boosting military spending by billions, a blueprint that pleases neither conservatives nor moderates.

The GOP plan, authored by Budget Chairman Diane Black, R-Tenn., is critical to GOP hopes to deliver on one of President Donald Trump’s top priorities — a Republican-only effort to overhaul the tax code. Unclear, however, is whether GOP leaders can get the measure through the House. Conservatives want deeper spending cuts while moderates are concerned the reductions go too far.

Black announced a committee vote for Wednesday, but action by the entire House could be delayed by the ongoing quarrel between the GOP’s factions.

Medicare is the second largest mandatory program after Social Security, and the House GOP plan again proposes to turn Medicare into a voucher-like program in which future retirees would receive a fixed benefit to purchase health insurance on the open market. Republicans have proposed the idea each year since taking back the House in 2011, but they’ve never tried to implement it — and that’s not going to change now, even with a Republican as president.

The plan, in theory at least, promises to balance the budget through unprecedented and unworkable cuts across the budget. It calls for turning this year’s projected $700 billion or so deficit into a tiny $9 billion surplus by 2027. It would do so by slashing $5.4 trillion over the coming decade, including almost $500 billion from Medicare, $1.5 trillion from Medicaid and the Obama health law, along with enormous cuts to benefits such as federal employee pensions, food stamps, and tax credits for the working poor.

“The status quo is unsustainable. A mounting national debt and lackluster economic growth will limit opportunity for people all across the country,” Black said in a statement. “But we don’t have to accept this reality. We can move forward with an optimistic vision for the future and this budget is the first step in that process. This is the moment to get real results for the American people. The time for talking is over, now is the time for action.”

But in the immediate future the GOP measure is a budget buster. It would add almost $30 billion to Trump’s $668 billion request for national defense, which already exceeds an existing “cap” on spending by $54 billion. But while Trump proposed taking that $54 billion from domestic agencies and foreign aid, the GOP budget plan would restore most of the cuts, trimming non-defense agencies by just $5 billion.

All told, the GOP plan would spend about $67 billion more in the upcoming annual appropriations bills than would be allowed under harsh spending limits set by a failed 2011 budget and debt agreement and pads war accounts by $10 billion. And, like Trump’s budget, the House GOP plan assumes rosy economic projections that would erase another $1.5 trillion from the deficit over 10 years.

The measure, called a budget resolution, is nonbinding. It would allow Republicans controlling Congress to pass follow-up legislation through the Senate without the threat of a filibuster by Democrats. GOP leaders and the White House plan to use that measure to rewrite the tax code.

As proposed by House leaders, tax reform would essentially be deficit neutral, which means cuts to tax rates would be mostly “paid for” by closing various tax breaks such as the deduction for state and local taxes. However, the GOP plan would devote $300 billion claimed from economic growth to the tax reform effort.

But conservatives are insisting on adding cuts to so-called mandatory programs, which make up more than two-thirds of the federal budget and basically run on autopilot. After extended negotiations, Black would instruct 11 House panels to draw up $203 billion worth of mandatory cuts. But neither tea party lawmakers nor moderates are pleased with the idea. Conservatives want larger cuts, while moderates are blanching at voting to cut popular programs such as food stamps.