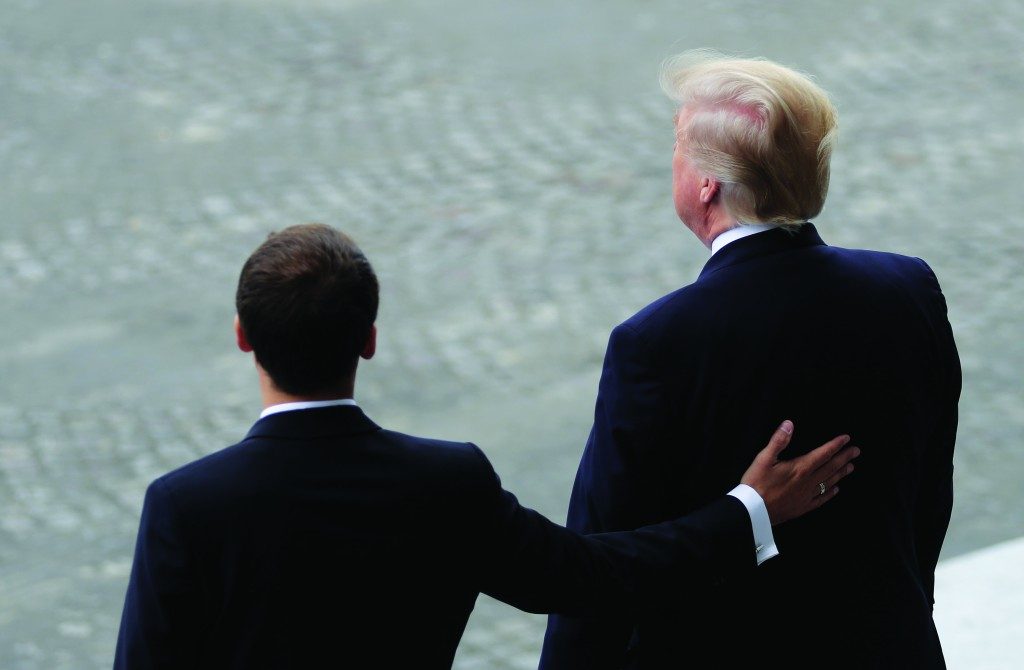 If you get your news from the media, you’re a happy person. You’re likely convinced that Hillary Clinton had her presidency stolen from her by an uncouth Republican, but who cares? Donald Trump is anyway on his way out. Either special counsel Robert Mueller will deliver the goods on him, the media whack-a-mole is bound to hit pay dirt soon, or the president (grrr, do I have to call him by that title?) will be laughed off some world stage.

We all know, you are probably thinking, that Pres. Trump, in a 3 a.m. phone call with Russian President Putin sometime in 2015, colluded in a grand scheme to rob Clinton of her birthright and give it to him. It’s just a matter of time before the details emerge — audio of the call, perhaps? A transcript written by one of the participants? A Kremlin leaker?

You even know what the quid pro quo is. Putin will enter Clinton’s head and plant little voices inside. “Don’t campaign in Wisconsin, Pennsylvania or Michigan!” one voice would say. “Take off a month right before the final campaign stretch; you’re the winner anyway and need the strength for a yuuuge crack-the-glass-ceiling party on election night!” another would whisper.

In return, your feverish mind runs along, Trump would hand over the nuclear codes to Putin — for starters. Trump will then raise taxes on hardworking Americans and give every Russian a voucher for a year’s worth of vodka. He will steal their health care, grab away their illegal immigrant cleaning ladies and tear families apart.

What’s in it for Putin, you ask? A war on the American proletariat, a leftover dream from his days as a secret KGB agent. The imperial Yankee empire will crumble as the bourgeoisie get sick with preexisting conditions, have their health-care insurance denied, and then they’ll spend their final hours wishing the Soviet Union were still around — with its free health care and abundant pensions.

If you trust the mainstream media, you’re one happy fellow. You live in a bubble where rage carries the day. You’re in some safe zone where contradictory thought is safely sealed off. Your life is one in which Trump makes puppies cry so he must be impeached.

You were also probably salivating at Trump’s trip last week to France. The new president there, Emmanuel Macron, is a young liberal, the type of foreign leader who will make mincemeat out of Trump. The biggest climate change deal in history is named for his city — and Trump joined the Flat Earth Club in withdrawing from it.

Macron will be the final straw to break the back of the nightmare which was the past six months. We’ll have pictures of the snub heard ’round the world, with Macron lecturing Trump on the mores and standards of international diplomacy. He will dress down the American leader for allowing the world to burn up into a fireball.

But lo, Macron greeted Trump warmly, pumping his fist countless times, each shake another nail in the hearts of the liberals. He followed Trump around adoringly for 36 hours, taking him to Napoleon’s tomb, a private meal at the Eiffel Tower, and declaring him France’s national guest at the Bastille Day celebrations. Having just gotten used to the plumed gendarmes in Élysée Palace himself, Macron appeared determined to weasel into Trump’s good graces.

This is France, for Jean’s sake. Et tu Brute? Are you also on the side of the Trump/Ryan/McConnell triumvirate with a mission to Russianize the world?

You can almost feel sorry for the media who have to write about Trump’s successful trip to France, the kibbudim he got there, the alliances forged. How can you face your editor when your chronicle differs so drastically with the narrative on practically every other page in the paper?

Don’t worry, my friend. It’s all fake news. In real life Macron is still the liberal lion, Trump is no longer president and Clinton is rebuilding all the frayed alliances which Trump destroyed in his short time in office.

Sweet sleep, mein kind. In your happy life you have plenty of company.