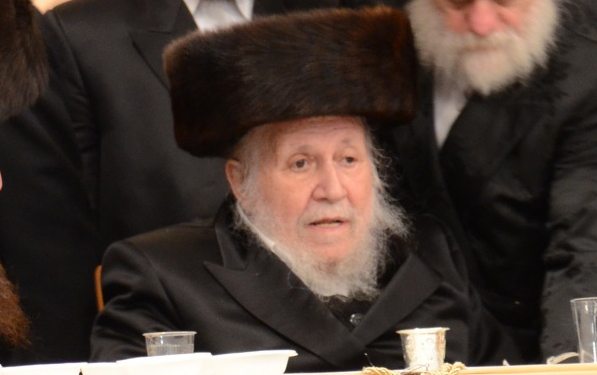 The Zurich community mourned the petirah of Hagaon Harav Moshe Chaim Schmerler, zt”l, long-serving Rav of Khal Machzikei Hadas in Zurich, who was niftar Tuesday morning in Yerushalayim. He was 89 at his petirah.

Harav Schmerler was born in Vienna, Austria, in 5687/1927. His father, Harav Naftali Tzvi, zt”l, originally from Galicia, learned together with Harav Meir Shapiro, zt”l. He was given semichah by Harav Dovid Menachem Manish Babad, the Tarnopol Rav, and by Harav Sholom Mordechai Schwadron, the Brezhaner Rav.

While still a bachur, Reb Naftali Tzvi was known as an iluy. During World War I he had to flee, and he took refuge in Vienna. Here he married Rebbetzin Feiga Roina, the daughter of Harav Yaakov Meir Bleich, zt”l.

In 5698/1938, Reb Naftali Tzvi once again needed to flee; this time the family moved to Eretz Yisrael, settling in Tel Aviv.

Later, they moved to Yerushalayim, where Reb Naftali Tzvi served as Rav and Dayan, as well as Rosh Yeshivah in Yeshivas Chayei Olam.

Reb Moshe Chaim learned in Yeshivas Chayei Olam, under his father. When he came of age, he married Rebbetzin Chanah Rochel, the daughter of Harav Yosef Deutsch, zt”l.

Over sixty years ago, Reb Moshe Chaim was appointed Rav of the Machzikei Hadas community in Zurich, Switzerland.

He was noted for his hasmadah in Torah, sterling middos, humility and his warmth to every member of the kehillah.

In recent years, due to ailing health, Reb Moshe Chaim moved to Yerushalayim.

On Chanukah 5776/2016, his son, Rav Naftali Tzvi, shlita, was appointed Rav in his stead as Rav in Zurich. With much mesirus nefesh, Reb Moshe Chaim traveled especially to Switzerland to take part in the hachtarah of his son.

In recent weeks, he was hospitalized in the Hadasah Har Hatzofim hospital in serious condition, and was niftar on Tuesday, surrounded by family members.

He is survived by, lhbch”l, his Rebbetzin, children, many grandchildren and great-grandchildren, following in his illustrious ways.

The levayah of Rav Schmerler was held Tuesday afternoon at Yeshivas Tchebin, to Har Hamenuchos.