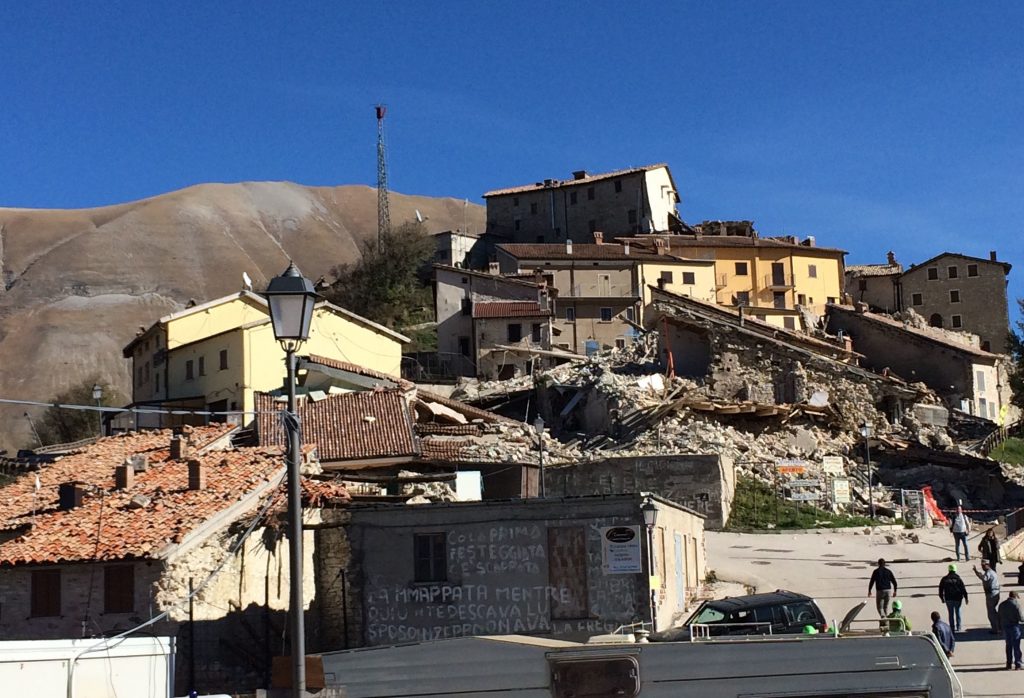 The plain of Castelluccio in central Italy usually rolls out a carpet of red, yellow and blue flowers for tourists, but this summer drought is shriveling the blooms in a valley already ravaged by a series of earthquakes.

Some poppies, gentians and narcissus have emerged, but the scorching heat has taken its toll. The colors are muted, and wilted plants sprout from bare earth.

“Seeing it in this shape has really affected us because we remember it being very different here,” Italian holidaymaker Andrea Nulli said.

The “Fiorita” natural flower show coincides with the area’s famous lentil crop, which was sown later than usual this year after the quakes ripped up access roads.

Barricades still surround parts of the medieval town of Castelluccio di Norcia, where a particularly powerful shock in October lowered the land by up to 70 cm (28 inches) and opened huge scars in the surrounding mountains.

Farmers were allowed back onto the roads in April. Now authorities have let sightseers follow in their wake.

Visitor numbers are way down on last year. But locals are grateful for any sign of new life. “It’s a beautiful thing because we can see some movement and people again. The economy is picking up,” farmer Diego Pignatelli said.