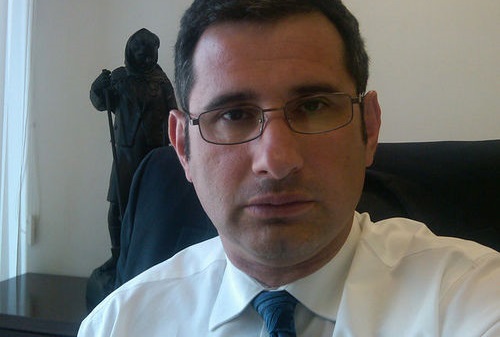 An American-based employee of a Russian real estate company took part in a June 2016 Trump Tower meeting between a Russian lawyer and Donald Trump Jr., bringing to eight the number of known participants at the session that has emerged a key focus of the investigation of the Trump campaign’s interactions with Russian.

Ike Kaveladze’s presence was confirmed by Scott Balber, an attorney for Emin and Aras Agalarov, the Russian developers who hosted a Trump entertainment event in 2013. Balber said that Kaveladze works for the Agalarovs’ company and attended as their representative.

Balber said on Tuesday that he received a phone call from a representative of Special Counsel Robert Mueller over the weekend, requesting the identity of the Agalarov representative, which he said he provided. The request is the first public indication that Mueller’s team is investigating the meeting.

Donald Trump Jr. agreed to take the meeting on the promise that he would be provided damaging information about Hillary Clinton as part of a Russian government to help his father’s presidential campaign, according to emails released by Trump Jr. last week.

Rob Goldstone, a music promoter, told Trump Jr. in an email that his client, Emin Agalarov, a Russian singer, requested that Trump Jr. meet with the lawyer.

The full list of the participants has remained a mystery until now, despite a statement from Trump Jr. that he was releasing his emails in an effort to be “transparent” about the meeting, which he has said amounted to nothing.

Balber said that Kaveladze works as a vice president focusing on real estate and finance for the Agalarov’s company, the Crocus Group. Aras Agalarov requested that Kaveladze attend the meeting on his behalf, Balber said. Kaveladze is a U.S. citizen and has lived in this country for many years, according to Balber, who is said to be representing the man.

Balber said that Kaveladze believed he would act as a translator, but arrived to discover that the lawyer, Natalia Veselnitskaya, had brought her own translator, a former State Department employee named Anatoli Samochornov. Samochornov has declined to comment, citing a non-disclosure agreement he signed as a professional translator. Balber said he believes the list of participants known to the public is now complete.

Other participants in the meeting were Jared Kushner, the son-in-law of the president; and Paul Manafort, a top campaign aide; as well as Rinat Akhmetshin, a Russian-American lobbyist who was lobbying to lift sanctions imposed in 2012.