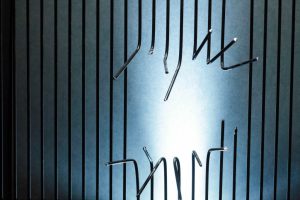 In the early 1900s, societal response to the stigma of mental illness was remote institutionalization.

Out of sight, out of mind.

Willowbrook State School in the 1950s was the answer for 5,500 people with developmental disabilities.

It was a very painful decision for parents to institutionalize their son or daughter, away from the community they lived in and that knew them.

The 1970s and 1980s ushered in a renaissance in the care of people with disabilities. Amid outcries by the media, lawsuits brought by parents who themselves had institutionalized their children, and ultimately with support from elected officials, public policy shifted to depopulate these behemoth institutions and move these individuals into neighborhood-based adult homes for people with mental illness and group homes for those with developmental disabilities.

But then, the immediate hue and cry of Not In My Back Yard (NIMBY) once again re-stigmatized these individuals.

A New York State law requiring public hearings (41.34) to protect the rights of those with disabilities to live in neighborhood-based group homes further exacerbated their stigmatization.

Stay away, hidden, out of our sight, was literally the scream of neighbors at these hearings. These people are dangerous, they will destroy our property values; assuage our guilt, but keep them far away from our children, was the explicit pronouncement. People with disabilities don’t deserve to be part of a community.

This stigmatization was equally prevalent within segments of the Jewish community.

In the late 1990s, several barriers in our greater Jewish community were broken. The introduction of an-easy-to-obtain street drug coupled with its old reliable cousin, heroin, was a watershed moment in the access to and effects of drug abuse.

Among other barriers broken — this, a positive move — was a more open discussion on prevention and response to abuse.

Drug use spiraled, many young people entered detox and rehab treatment and our community, unfortunately, began to witness deaths of young people by overdose. At the same time, the community’s consumption of a serious discourse on sexual abuse was beginning to bear fruit. And acceptance of neighborhood-based group homes for people with disabilities began to be the norm.

Mrs. Lichtenstein’s term “a disease in disguise” in her July 5 editorial co-joins disabilities, addictions and abuse amongst other societal social diseases.

The common thread to all, and what may prevent many from seeking proper professional help and community support, is stigma.

Stigma is instilling a mindset in people that due to their challenges and circumstances that are outside the norm, they are less than you. If we can keep that collective group in society a step behind us, the emotional theory posits, we can continue our altruistic sense of self.

All remains intact until close to home occurs.

The scourge of the current decade, opioids, reminds us at alarming speed how dangerous this all is. It is hard to debate stigma while young men and women, people you and I know, are, quite literally, dying.

People with developmental and psychiatric disabilities are now neighbors in all communities from Los Angeles to New York to Yerushalayim. A near four-decade effort to fully integrate such individuals within, rather than outside, the community has greatly reduced such stigma, and elevated the lives of tens of thousands, valuing them as neighbors, friends, co-workers.

Make no mistake. This has not been an easy turnaround, but a battle worth fighting for. While we have made substantial headway, we still have much to do.

So, too, the issue of abuse.

The landscape for an honest discourse is much more present today. In general, victims/survivors feel more supported, less blamed, with a greater propensity to obtain various supports on a personal and communal level.

The use of drugs within the Jewish community is not new. It is decades old. Yet, with the greater proliferation and accessibility of so many drugs, coupled with a general increase in anxiety, it may constitute one of our community’s current greatest challenges among 15- to 30-year-olds.

Stigma takes many forms, from the overt — we don’t want you to live in our community — to the quiet whispers that your death by drug overdose is your fault.

But perhaps, even worse, can be a sense by many in the community that such societal ailments are, or should be understood, as alien to the community. That mental illness, abuse, addiction, domestic violence, etc., are largely foreign imports, not commonly associated with the community.

History and empirical data clearly show that the Jewish community shares, in many cases, the same ailments as manifest in the wider community. In reality, these “imperfections” are part of the fiber of any community. And even more importantly, how we deal with such challenges, individually and communally, is a barometer of our own collective health.

We needn’t wait decades more as we did with disabilities and abuse to penetrate even to obliterate stigma. We can remove the “disease that successfully disguises stigma,” our penchant to look askance because “we” are different than “they” and “their” problem makes “us” uncomfortable.

A death brought about by stigmatization? Even more heartbreaking.