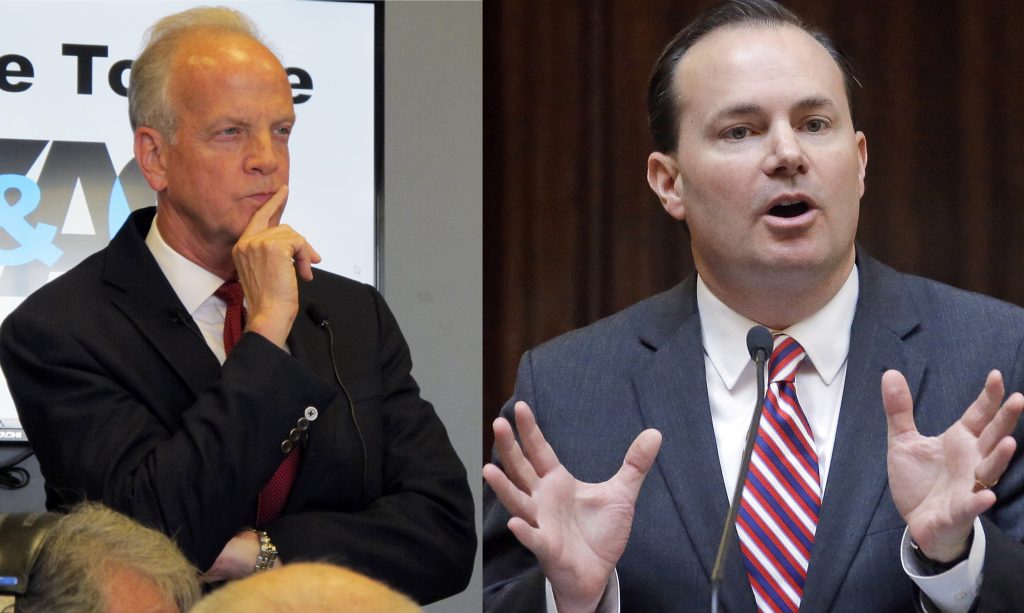 The latest Republican effort to repeal and replace the Affordable Care Act – better known as Obamacare – was seriously wounded in the Senate Monday night when two more Republican senators announced their opposition to the legislation.

The announcements from Sens. Mike Lee of Utah and Jerry Moran of Kansas left the Republican Party’s long-promised efforts to get rid of President Barack Obama’s health-care legislation reeling. Next steps, if any, were not immediately clear.

Lee and Moran both said they cannot support Majority Leader Mitch McConnell’s legislation in its current form. They joined GOP Sens. Susan Collins of Maine and Rand Paul of Kentucky, both of whom announced their opposition right after McConnell released the bill last Thursday.

McConnell is now at least two votes short in the closely divided Senate, and may have to go back to the drawing board or even begin to negotiate with Democrats, a prospect he’s threatened but resisted so far.

McConnell’s bill “fails to repeal the Affordable Care Act or address health care’s rising costs. For the same reasons I could not support the previous version of this bill, I cannot support this one,” said Moran.

It was the second straight failure for McConnell, who had to cancel a vote on an earlier version of the bill last month when defeat became inevitable.

President Donald Trump had kept his distance from the Senate process, but Monday night’s development was a major blow for him, too, as the president failed to rally support for what has been the GOP’s trademark issue for seven years — ever since Obama and congressional Democrats passed the Affordable Care Act.

The Senate bill eliminated mandates and taxes under Obamacare, and unraveled a Medicaid expansion. But for conservatives like Lee and Paul it didn’t go far enough in delivering on Republican Party promises to undo Obama’s law, while moderates like Collins viewed the bill as too extreme in reducing Medcaid coverage.