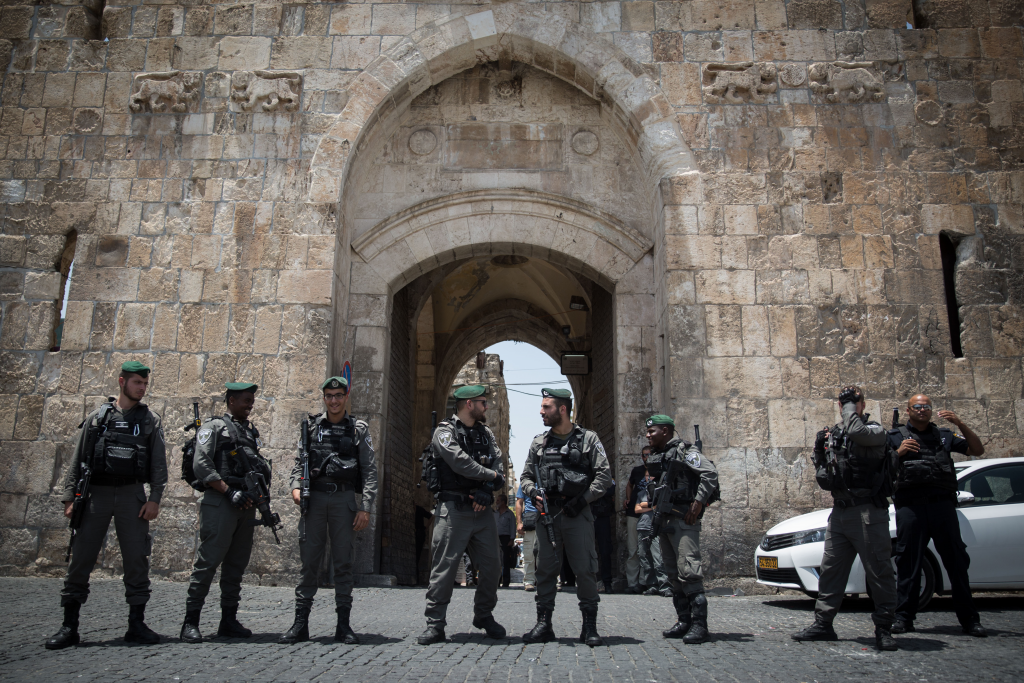 Palestinian violence flared again in Yerushalayim on Monday as protesters against new security measures imposed at Har HaBayis by Israeli authorities clashed with police at Lion’s Gate in the Old City.

Five protesters were reportedly injured after police were called in to disperse dozens of them blocking a road outside the gate. They threw rocks at police, who responded with stun grenades and rubber bullets. Palestinian National Initiative Chairman Dr. Mustafa Barghouti was reportedly struck in the head by a rubber bullet.

Har HaBayis was opened on Monday to both Jewish and Muslim visitors, [it is against the Halacha for Jews to enter Har Habayis] following a shutdown in the wake of Friday’s terrorist attack. But Muslims were boycotting the site to protest the installation of metal detectors by Israeli security forces on Sunday morning.

In a separate incident, a terrorist attempted a ramming attack near the Beit Romano Jewish residence in Chevron on Monday night, Arutz Sheva reported. B’chasdei Shamayim, no injuries were reported.

An IDF soldier shot and neutralized the terrorist, who was then taken into custody for questioning.