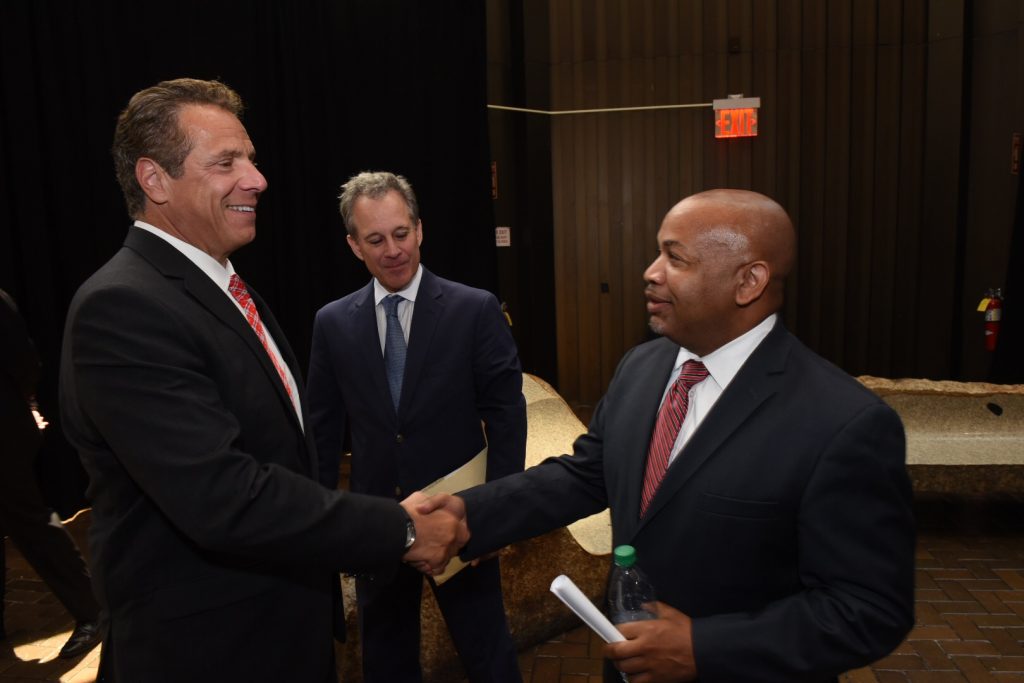 Cuomo and Schneiderman said the state will challenge the bill in court if it passes Congress. They said they can’t stand by while Republicans in Washington vote to cut health-care coverage and funding.

De Blasio told the crowd that the decision to postpone a vote on the measure provides more time for opponents to organize.

The Democrats warned that the bill would take away vital Medicaid funding, and undermine the finances of local health-care providers.