Complaints About Airlines Up Sharply in May 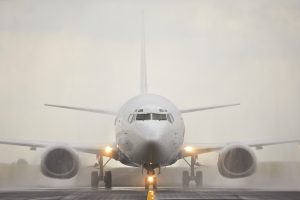 Airlines continued to get an earful from disgruntled passengers in May, according to the U.S. Department of Transportation.

Customers filed 1,779 complaints about airline service, up 56.7 percent over May 2016, the Transportation Department said Friday. Airlines earned just two compliments, one fewer than in May last year.

The jump in complaints wasn’t as sharp as in April, when complaints jumped 70 percent after three consecutive months in which consumers reported fewer problems.

The spike in complaints followed a series of high-profile incidents, including one aboard an April 9 flight during which a United Airlines passenger suffered a broken nose and concussion when he was dragged off a plane to make room for an airline employee.

But the overwhelming majority of the May complaints concerned more common travel issues, such as flight cancellations and delays, according to the Transportation Department.

Nearly 240 people complained about baggage problems, up 65 percent from May 2016, even though passengers filed slightly fewer reports of lost, damaged, delayed or “pilfered” baggage. Across U.S. airlines, 2.32 out of every 1,000 passengers filed a report about mishandled bags in May, down from 2.4 per 1,000 in May 2016, the Transportation Department said.