By 2 to 1, Americans Prefer Obamacare to Republican Replacements 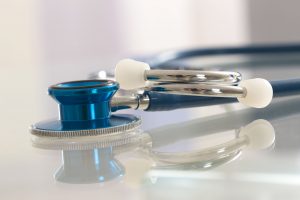 Republicans racing to pass a bill that would overhaul the Affordable Care Act (better known as Obamacare) certainly understand that their efforts aren’t polling well. In survey after survey, a majority of respondents view their legislative proposals unfavorably. At the same time, survey after survey shows Obamacare as more popular than not.

In the new Post-ABC News poll released Sunday, we decided to ask the question directly: Which do you prefer, Obamacare or the Republican replacement plans?

By a 2-to-1 margin – 50 percent to 24 percent – Americans said they preferred Obamacare.

Some respondents, unprompted, said they preferred some other proposal, or neither. One-in-10 Democrats offered one of those responses, while about 2-in-10 Republicans and independents did.

More worrisome for Republicans hoping to pass a new bill is how the support broke out by demographic. Only among Republicans, conservatives, white evangelicals and white men without college degrees did more Americans support the GOP bill than Obamacare. Every other group analyzed, including older respondents and white women without college degrees, an important part of President Trump’s voting base in 2016, backed the existing law by some margin.

Even among whites without college degrees, views were about split, once margins of error are taken into account.

These results aren’t surprising, as such, given the surfeit of polling showing how unpopular the Republican bill is. But it’s surprising when seen through the lens of the 2016 election, when Obamacare was unpopular on net and the GOP was pushing hard for its replacement. When Republicans gained control of the Capitol and White House, that replacement became a real possibility – and, suddenly, the idea became much more unpopular.