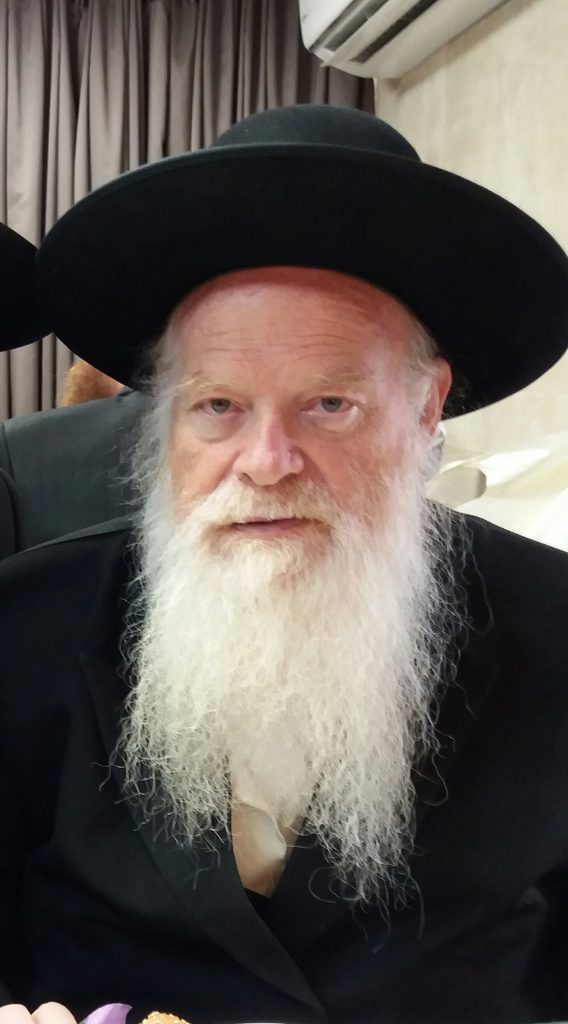 The Gerrer community in Yerushalayim and New York was shocked to learn of the sudden passing of Reb Kalman Mendelsohn, z”l, on Shabbos morning. He was 65.

Reb Kalman was born in Tel Aviv on 26 Shvat 5712/1952. As a child and later in yeshivah, he was noted for his Torah learning and yiras Shamayim.

As a bachur, Reb Kalman learned in Yeshivas Chiddushei Harim in Tel Aviv, where he built a lifelong connection with the famed Mashgiach, Reb God’l Eisner, whose divrei Torah and pearls of wisdom he would quote till his last days.

Reb Kalman was a lifelong Gerrer chassid who was close to all of the Gerrer Rebbes.

When he came of age, he married the daughter of Reb Yosef Dinkels and then moved to America, settling in New York, where he helped his father, Harav Meir Mendelsohn, who served as Rosh Yeshivah in the Bobov and Klausenberg yeshivos. Harav Meir was also one of the founders of the Gerrer Mesivta in Boro Park.

He also assisted his father in his pizza store. Customers were astounded to see Rav Meir serving customers with a gemara on the counter.

When his father moved to Eretz Yisrael, to serve as Rav of Ramat Polin in Yerushalayim, Reb Kalman took over Boro Park’s famous Mendelsohn’s Pizza store from his father and built it up.

Reb Kalman was known for his warm heart, always providing chizuk to those in need.

After his wife passed away in 5755/1995, leaving him with six children, Reb Kalman didn’t despair and retained his upbeat personality. Several years ago he remarried.

He davened in the Gerrer beis medrash, and participated in many shiurei Torah, in the Zichron Moshe shul and the Spinka beis medrash; both were near his house.

His house in Yerushalayim, like in America, was known as a home of chessed, hachnasas orchim – and most importantly a listening ear.

In Yerushalayim, he learned with chavrusos in Yeshivas Tiferes Moshe Betzalel in Ramot Polin, and later in Yeshivas Pe’er Yisrael in the Gerrer beis medrash on Rechov Ralbach. The elder bachurim in the yeshivah took a liking to Reb Kalman, who looked up to him for his learning and saw him as a role model for chessed and ahavas Yisrael.

Over his life, Reb Kalman suffered from many ailments, including heart problems. He had a number of bypasses, and with many nissim lived through them. He also had kidney problems; five years ago his daughter donated a kidney to him, and this brought back the chiyus in his life.  This past Friday night, he went to sleep, and never woke up.

The levayah took place Motzoei Shabbos from Shamgar in Yerushalayim. His nephew Reb Yisrael Mendelsohn was maspid quoting the Chazal that it is better to whiten one’s teeth to another than to give him milk, noting that Reb Kalman did both, feeding others and giving them a smile and words of chizuk.

Reb Yaakov Nussbaum, a son-in-law, was the next maspid. He expounded on the many acts of chessed of Reb Kalman, his wide heart that couldn’t hold back from helping any and every Yid.

The levayah continued past Yeshivas Pe’er Yisrael in the Gerrer beis medrash on Rechov Ralbach. His close friend Reb Moshe Braun was maspid. He mentioned the years they spent together in yeshivah, the unforgettable hasmadah and ahavas Torah of Reb Kalman.

Reb Mordechai Roshetzki implored of Reb Kalman to bessech on High on behalf of the elder bachurim of the yeshivah, that they build their own bayis ne’eman b’Yisrael.

He is survived by his wife, Mrs. Basya Mendelsohn, three sons and three daughters as well as two brothers and three sisters.