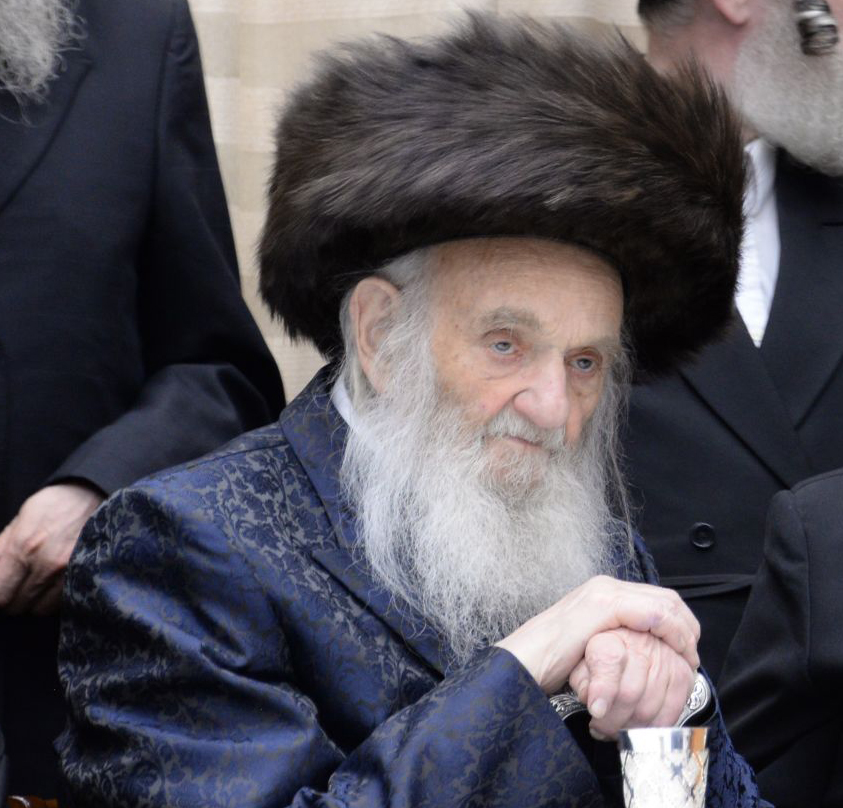 The Antwerp community, and the Seret-Vizhnitz community, were plunged into mourning Motzoei Shabbos, upon learning of the petirah of Hagaon Harav Eliyahu Sternbuch, zt”l, long-serving Raavad of Khal Machzikei Hadas in Antwerp and the son-in-law of the Mekor Baruch of Seret-Vizhnitz, zy”a. He was 85 at his petirah.

Harav Sternbuch was born in London in Cheshvan 5692/1931, to his parents Harav Asher and Mrs. Dvorah, the daughter of Harav Shomo Zalman Pines, a descendant of the Vilna Gaon, zt”l.

Harav Sternbuch learned in the yeshivah in Gateshead, and then in Yeshivas Chevron in Yerushalayim. He garnered a reputation as a brilliant iluy who possessed a huge breadth of Torah knowledge.

As a bachur in Chevron, Reb Eliyahu had a close personal connection with the Beis Yisrael of Ger, zy”a.

In Elul 5716/1956, Harav Baruch of Seret-Vizhnitz selected him as a chassan for his only daughter, Rebbetzin Miriam, and together, they built a beautiful home in Klal Yisrael that glorifies their distinguished lineage.

As the son-in-law of the Mekor Baruch, he was extremely close to him. Harav Sternbuch was appointed a Maggid Shiur in Yeshivas Yachel Yisrael in Ramat Vizhnitz, Haifa. The Mekor Baruch reaped tremendous nachas from his wisdom and sharp mind, and would get into deep Torah discourses with him.

In 5722/1962, Reb Eliyahu was asked to serve as Raavad of the Machzikei Hadas community in Antwerp, a post he accepted and held for more than half a century.

On 2 Cheshvan 5724/1963, the Mekor Baruch was niftar. Reb Eliyahu was already living in Antwerp at the time, and as they had a newborn baby daughter, the family could not come to Eretz Yisrael for the Yamim Tovim that year.

Right after Sukkos they set out for Eretz Yisrael, but it was too late…

Reb Eliyahu related that the last time he saw his illustrious father-in-law, a few months before his passing, was during a visit to Antwerp. “It was the first year we were living there. When he came to take leave of us, he began to weep copious tears. My wife did not understand why he was crying so much; wasn’t everything fine? ‘Even if you are leaving now, we will see you soon in Eretz Yisrael,’ she told him. When he heard this, he reacted brokenheartedly, ‘Oy, if I would believe we will yet see each other again…’ But then he caught himself and said no more. He was afraid to trouble her. Then he went to wash his face, and bid us farewell with a smile on his face…”

In recent years, Reb Eliyahu moved to Yerushalayim. He kept up with the community in Antwerp during these years as well.

During recent weeks, Reb Eliyahu was hospitalized. His condition took a turn for the worse over Shabbos, and he was niftar on Shabbos afternoon in Hadassah Ein Kerem Hospital, surrounded by members of the family.

It was noted that the second yahrtzeit of his brother-in-law, the Seret-Vizhnitz Rebbe, zy”a, was marked on Friday.

The levayah set out late Motzoei Shabbos from Yerushalayim to Bnei Brak, where he was buried in the ohel of the Vizhnitzer Rebbes, zy”a.