Israel ANALYSIS: A Most Troubling Abandonment of Responsibility and Security Failure
Israel 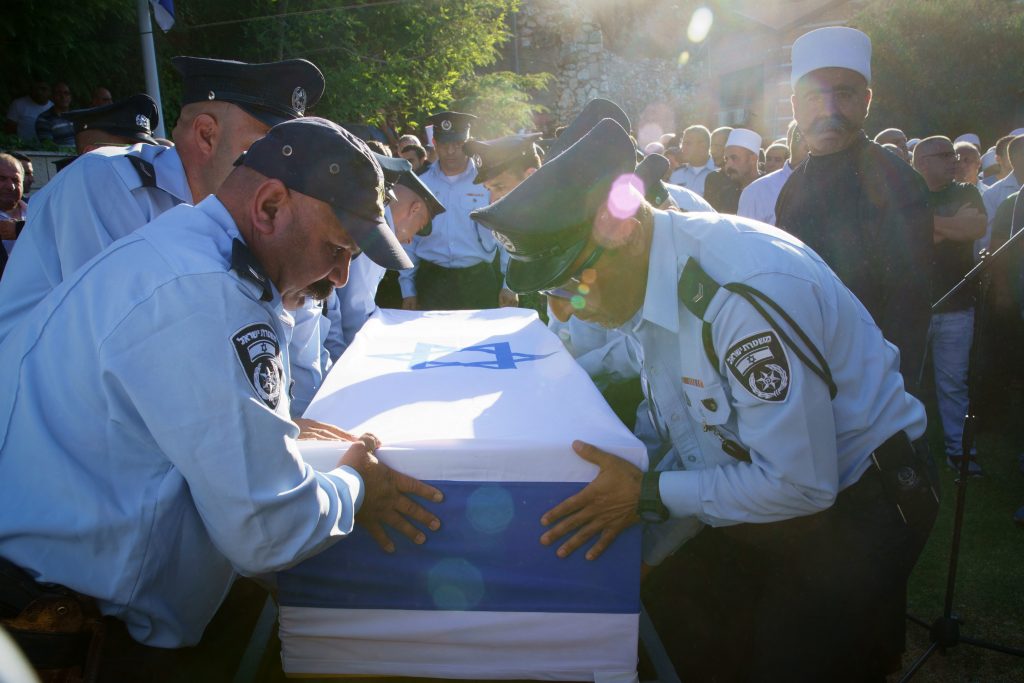 Israeli security officials had no doubt that the day would come when such an attack would take place, after Israel, in 1967 under Defense Minister Moshe Dayan, abrogated its responsibility for the security of the Har Habayis, and left it in the hands of the Jordanians, who don’t do what is required to secure the site.

In an attempt to prevent such an attack, Israel has doubled the number of police officers assigned to the area, from 50 to 100, and increased resources and electronic tools.

However, the main problem is that Israel is claiming to be the authority in an area in which they really don’t have security control. The real story is that the Jordanians gave the Waqf the authority to hire its own security personnel, with remote oversight from Jordan.

These Waqf personnel ignore much of what is transpiring. And the Israeli security officials, instead of putting the Jordanians and the Waqf in their places, choose to look aside, thus enabling all sorts of terror organizations to operate freely on Har HaBayis.

Matters have come to such a head that the Waqf personnel – who receive their salaries from the Jordanian kingdom – recently began to give orders to the Israeli police, telling them where they may go and may not go, and what they are permitted and forbidden to do.

The Waqf security officers see and are well aware of the work that various groups are doing to dig on Har HaBayis, where they uncover proof of a Jewish presence during Bayis Rishon and Bayis Sheini and destroying the evidence on the spot.

They are aware of the construction of hiding places under the two mosques that are so large that tens of thousands of Muslims with ammunition could use it as a fort from which to fight Israel. This could cause to a massive explosion of hostilities and no one on the Israeli side is addressing this.

The lawlessness on Har HaBayis is total. The leaders of Israeli Muslim organizations, funded by Muslim millionaires from Turkey, Qatar and Saudi Arabia, support the efforts of groups of men and women on Har HaBayis who attack tourists and push aside Israeli police officers. The Mufti and his preachers take advantage of the Muslim gatherings on Har HaBayis to give fiery speeches against Jews. And Israel sits by and does not respond.

Israeli Prime Minister Binyamin Netanyahu telephoned PA President Mahmoud Abbas shortly after the terror attack and told him that “Israel will take all steps necessary to protect the security, and will also maintain the status quo, in the area.”

This is a message that no one can accept.

Netanyahu contradicted himself with these two messages. Instead of calling Abbas, Netanyahu should have called King Abdullah of Jordan to berate him and demand answers.

There are three questions that the Israeli security officials now seek answers to: how the three terrorists were able to pass through existing security checkpoints; why the Israeli intelligence officials failed to find out about this attack, which was plotted in advance; and how the terrorists, carrying weapons, were able to stage the attack coming from Har HaBayis.

Can one imagine if these three terrorists had managed to get into the mosque after staging the attack?

This current delicate and dangerous situation is not only a threat for the Israeli-Palestinian relationship, but one that threatens the entire Jewish-Muslim world, and could, chas veshalom, one day cause a conflagration – and Israel will the one that is blamed.

The fact that the terrorists were Israeli Arabs living in the center of the Galil, who traveled to Yerushalayim to stage this attack, is in itself a very troubling sign.

Additionally, the two police officers who were killed were both Druze. The Druze have repeatedly proved their loyalty and dedication to Israel. In the deep anguish over their terrible loss at the hands of these terrorists, it is possible that individuals in the Druze population – which is also centered in the Galil – may be driven to stage revenge attacks on Israeli Arabs, and ultimately it’ll be the Jews who’ll be caught in the middle.