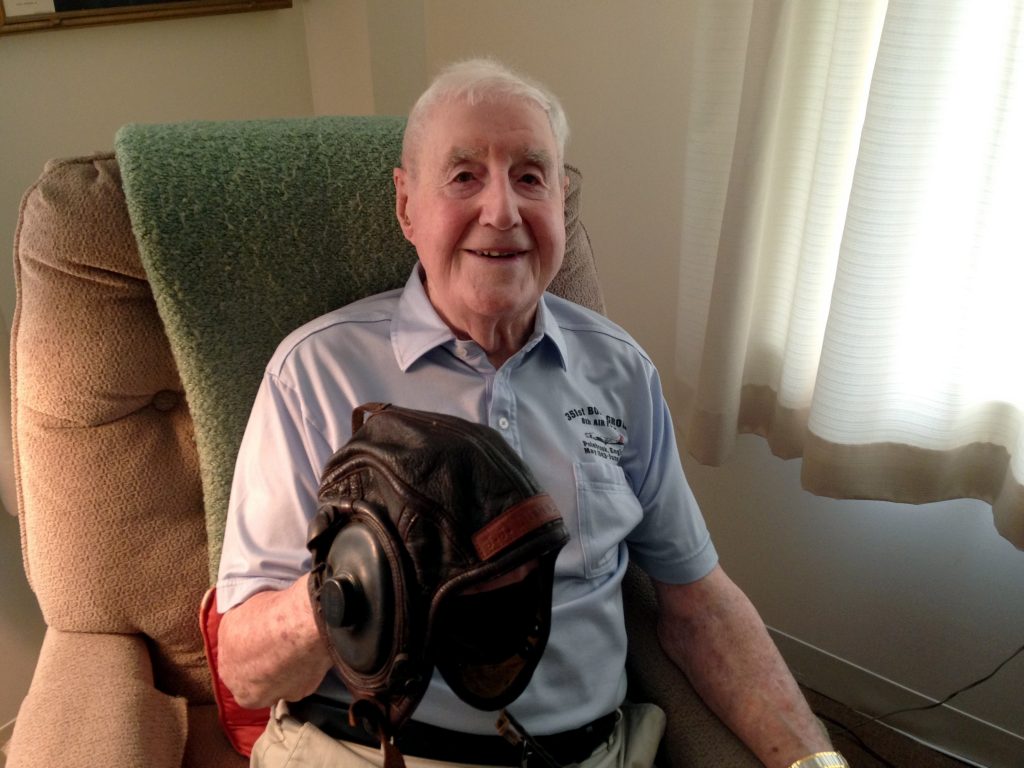 A bombardier who became known for his accuracy as he flew 31 raids during World War II is one of three Rhode Island veterans who will receive France’s highest distinction, the Legion of Honor.

France honors U.S. veterans who risked their life during the war to fight on French territory.

John Dunnigan, now 99 years old, felt compelled to enlist in the U.S. Army Air Forces the day after the Dec. 7, 1941, attack on Pearl Harbor. His plane was hit on his first raid as he targeted oil refineries in Germany in November 1943. He crashed down in England, vowing never to fly again.

But when new orders came, Dunnigan climbed back into his B-17. He led a wing of bombers on D-Day, June 6, 1944. He earned praise and honors for hitting German targets while avoiding nearby French towns as a lead bombardier.

The Consulate General of France in Boston will present Dunnigan, Leo Heroux, 93, and Raymond Gillis, 95, with the Legion of Honor at a ceremony Friday in Providence as part of WaterFire, the city’s famous public art event.

They will become “Chevalier de la Legion d’honneur,” or Knight of the Legion of Honor, which is the highest rank. Fifteen medals of this rank were awarded to WWII veterans in New England last year, and 22 are expected to be awarded this year.

Since the 60th anniversary of D-Day in 2004, France has sought out U.S. veterans who fought in the three main campaigns for the country’s liberation to honor them.

Friday is Bastille Day. Consul General Valery Freland plans to talk in Providence about how France and its people remember every American soldier who helped them recover their freedom, and about how the two countries have always stood together to defend freedom and democracy.

Heroux cleared areas of mines and marked them so troops could pass through. He met his wife in France during the war and returned there afterward. He lived for four decades near where he landed on D-Day at Omaha Beach, returning to Rhode Island after his wife’s death.

While Heroux said he’ll be physically present at Friday’s ceremony, his mind will be elsewhere.

Gillis laid wire that the forward observation post used to fire guns that were miles away. He was shot at and he often had to go out in heavy rains to fix broken lines. Yet, like Dunnigan, he considers himself lucky.

“I was always glad I never went to the Pacific. Those guys had it real bad,” he said. “The South Pacific in the jungles, that must’ve been horrible.”

All three men said it’s an honor to be recognized by France for their wartime service.

“I’m really proud that I did do what I did,” Dunnigan said. “And I’m just happy to feel that they did appreciate it.”