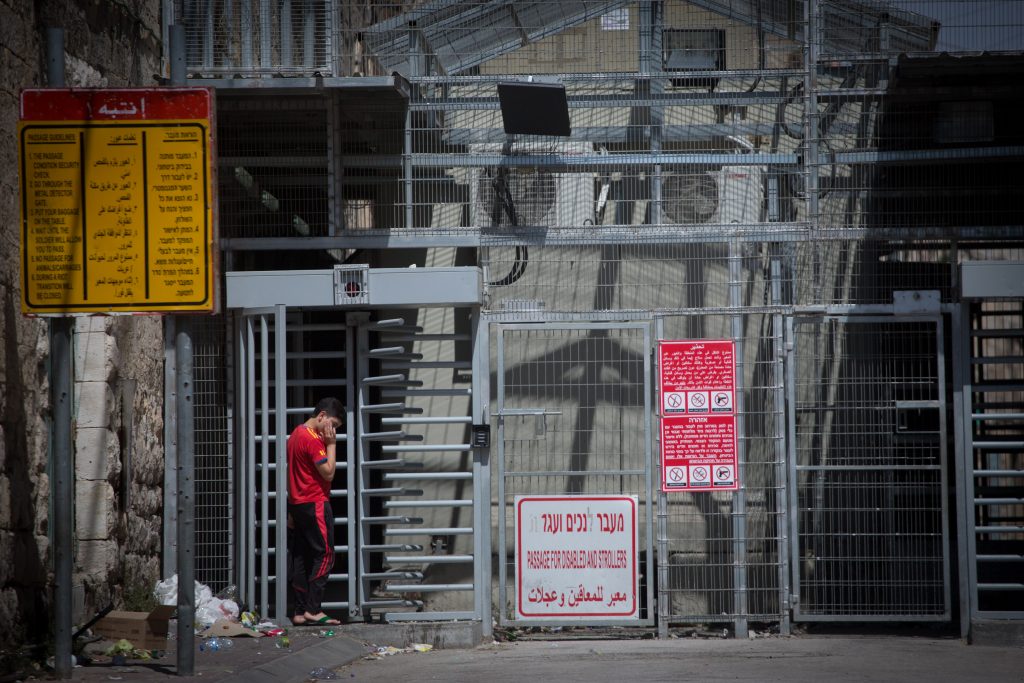 A technical upgrade at security checkpoints has dramatically reduced the number of casualties in attempted terror attacks in recent months, according to Ynet quoting a senior IDF officer on Thursday.

Despite an increase in attempted stabbings in Chevron, security forces say that injury figures have plummeted. Between April and June, the official said, 25 Palestinians carrying knives were stopped at checkpoints in Yehudah and Shomron, yet neither the soldiers on duty nor the would-be attackers were injured.

The newly-equipped checkpoints have the person being checked stand in a reinforced concrete room with bullet-proof and shatter-proof glass, where he is scanned for metallic and sharp objects. The soldier conducting the check is protected by being in an adjacent room, where he views the scan through the reinforced glass. If the Palestinian is found to be concealing a weapon, he is immediately locked in the cell at the press of a button, and detained for questioning.

The new system has just been installed on the Palestinian side of Maaras Hamachpelah; and another is under construction at the entrance of Kiryat Arba.

The system will also benefit Palestinians entering Israel for legitimate reasons. Soldiers at the checkpoints are assisted by a computer that speeds up identification of Palestinians carrying entry permits for merchants, VIP’s and teachers.

Other measures to improve security include a 2.5 million shekel upgrade in Otniel, where 25 CCTV cameras have been installed. In Yehudah and Shomron generally, the number of IDF security cameras has been increased from 82 to more than 160.