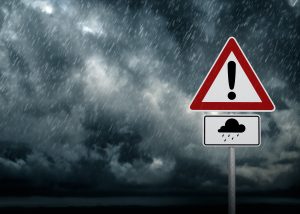 “If severe weather is approaching, keep driving and outdoor activities to a minimum,” the governor said Thursday. “It is important to take every precaution necessary during extreme flooding, avoid flooded roads, and stay informed about any emergency instructions.”

Most of New York City, as well as areas of Long Island, Westchester, Orange and Putnam Counties are under a flash-flood watch until 6:00 a.m. Friday.

Following are the other counties that are under flood warnings or flash-flood watches:
Flood Warning:

Livingston, Monroe and Ontario Counties in effect until 7:45 p.m.

Genesee and Wyoming Counties in effect until 8 p.m.

Cayuga Creek Near Lancaster – Erie and Wyoming Counties in effect until 9:30 p.m.