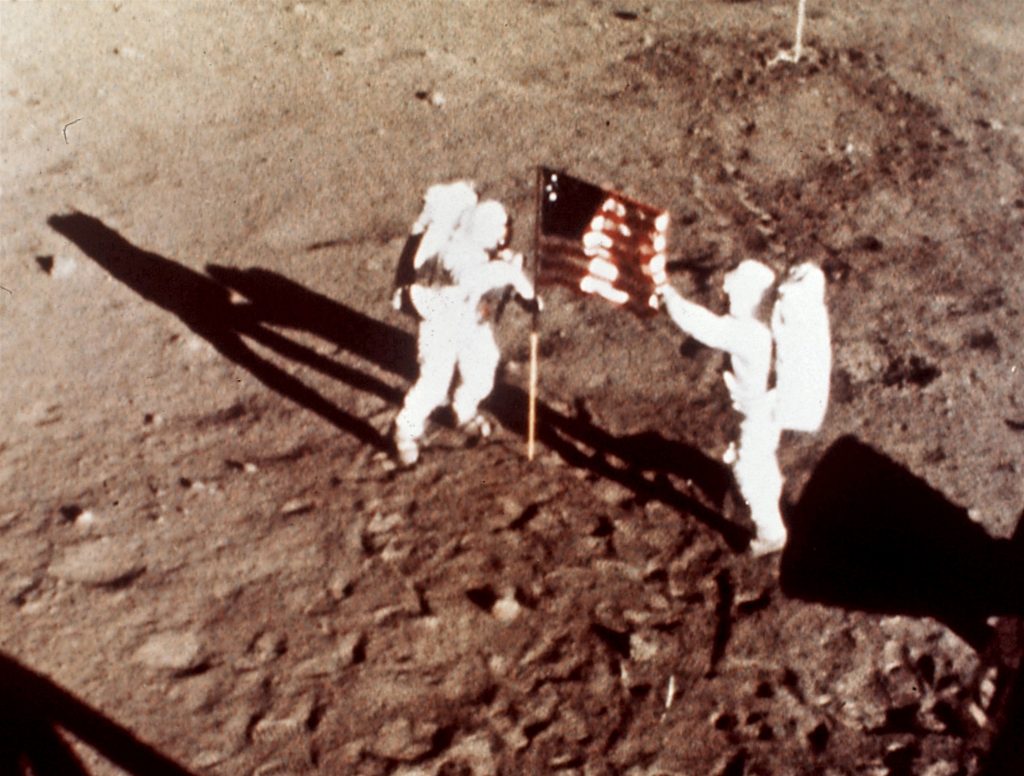 Moon dust that Neil Armstrong collected during the first lunar landing was displayed Thursday at a New York auction house — a symbol of America’s glory days in space now valued at $2 million to $4 million.

The late astronaut brought the dust and some tiny rocks back to Earth in an ordinary-looking bag.

It’s one of 180 lots linked to space travel that Sotheby’s is auctioning off on July 20 to mark the 48th anniversary of the pioneer lunar landing on that date in 1969.

The moon dust is the first sample of Earth’s satellite ever collected.

The bag has had a storied existence, a decades-long trajectory during which it was misidentified and nearly landed in the trash. About two years ago, it appeared in a seized assets auction staged on behalf of the U.S. Marshals Service. The owner, whose name has not been made public, purchased the treasure and sent it to NASA for testing.

After a legal tussle, a federal judge granted the owner full rights over the curiosity.

Other items on the block are Armstrong’s snapshot of fellow Apollo 11 astronaut “Buzz” Aldrin standing on the moon, with an estimated value of $3,000 to $5,000.

In a photo valued at $2,000 to $3,000, astronaut Gene Cernan from Apollo 17 is seen rolling around in the lunar rover through a valley on the moon.

Capping the sale is a touch of humor: The Snoopy astronaut doll that was the mascot of the Apollo 10 crew, at an estimated pre-sale price of $2,000 to $3,000.

Armstrong was the first man to walk on the moon. He died in 2012 in Ohio.

The first human to venture into outer space was Soviet cosmonaut Yuri Gagarin, who orbited Earth in a spacecraft in April 1961.

Gagarin’s description of the planet — translated from Russian — is being offered as part of his observations on being in space. His in-depth report, translated into English, has an estimated value of $50,000 to $80,000.

Calling it “a magnificent picture,” he wrote: “The Earth had a very distinct and pretty blue halo. This halo could be clearly seen when looking at the horizon. It had a smooth transition from pale blue to blue, dark blue, violent and absolutely black.”