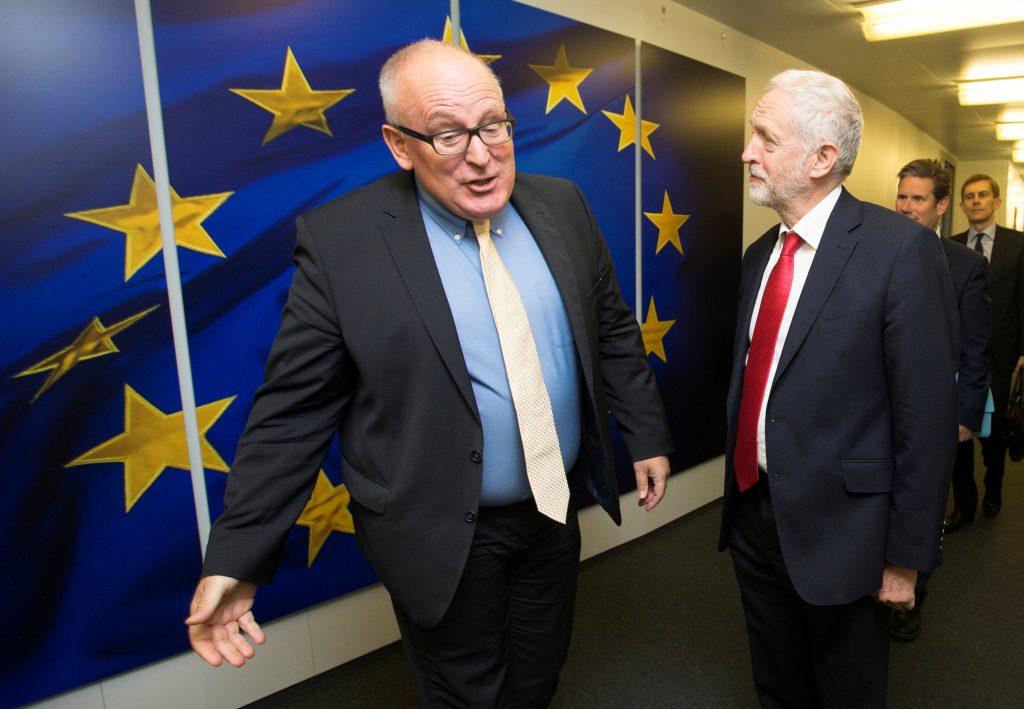 Britain published legislation Thursday to sever political, financial and legal ties with the European Union, an important step toward Brexit but one which the opposition said it would challenge.

The Repeal Bill is central to the government’s plan to exit the EU in 2019, disentangling Britain from more than 40 years of EU lawmaking and repealing the treaty that first made Britain a member in 1972.

Its passage through Parliament could make or break Theresa May’s future as prime minister. The election she called last month cost her an outright parliamentary majority and reopened the debate on the nature of Britain’s EU exit.

“It is one of the most significant pieces of legislation that has ever passed through Parliament and is a major milestone in the process of our withdrawal from the European Union,” Brexit minister David Davis said in a statement.

The government also fleshed out its negotiating stance with the EU, publishing three position papers which underlined that Britain would quit nuclear body Euratom and leave the jursidiction of the European Court of Justice.

Within PM May’s Conservative Party, pro-Brexit lawmakers are fiercely defensive of her plan for a clean break with the EU. Pro-Europeans are looking to extract concessions that soften the divorce terms.

Rebellion by either side could derail the legislation and test PM May’s ability to negotiate a compromise or find support from opposition parties. If she fails, her position could swiftly become untenable.

The publication of the bill is the first step in a long legislative process, with no formal debate in Parliament expected on Thursday. It will be closely examined to see how the government plans to carry out the difficult and time-consuming technical exercise of transposing EU law.

The bill set out powers for ministers, with the approval of Parliament, to correct laws to ensure they work after being brought into British law. These powers will exist until two years after the day Britain leaves.

Lawmakers have expressed concern that the sheer volume of work could limit their ability to scrutinize the changes effectively and fear the government will introduce policy change by the back door.

The main opposition Labour Party has said it would oppose the bill unless it met six conditions, including guarantees for workers’ rights. Tim Farron, leader of the Liberal Democrats, said he would work to soften May’s stance, promising the prime minister a tough run.

The bill will also face scrutiny from British companies, many of which have spent the year since Britons voted by 52 percent to 48 to leave the EU trying to figure out how the change will affect their business.

“A legislative transition of this scope has never before been undertaken,” Adam Marshall, Director General of the British Chambers of Commerce (BCC), said in a statement.

“We will be keeping a watchful eye for the possibility of unintended consequences that lead to new burdens or compliance costs, whether particular firms, sectors or the economy as a whole.”