Where Is Our Voice? 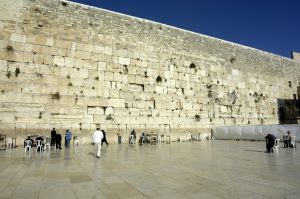 For those of you who are not paying attention, there is a war going on for the Jewish soul of Medinas Yisrael. It started with egalitarian prayer at the Kosel but will not end there.

Why should we care? After all, we have our yeshivos and kollelim, our mekomos hakedoshim, and our shuls and schools. We have political representation in the Israeli government to protect these institutions. The Rabbanut maintains a standard of kashrus, giyur and gittin al pi halachah.

The reason we should care is because today the entire Jewish nature of the State of Israel is under attack in an unprecedented manner. Witness the hysterical national reaction to the Israeli Cabinet’s decision to freeze decisions on the Kosel and on conversion for six months, coming from non-Orthodox circles. The Times of Israel reported that reform leader Rick Jacobs said, “It’s a moment to be smart and strategic about all the money we give to Israel” as he canceled a planned dinner with the prime minister.

The reform leader also stated he will not agree to pray at a “second-class Kotel” or be “mollified by minor modest adjustments.” This comes from the leader of a movement that declared in a 2015 resolution: “Reform Judaism has maintained a vision of messianic redemption, one that seeks a world of perfect peace, not building a new physical Temple in Jerusalem or recommencing sacrificial worship.” Inexplicably, the resolution continues: “The Temple Mount has remained holy, for Reform Jews as for all the Jewish people…. Observing long-standing tradition, Jews do not pray on the Temple Mount in our day. Moreover, Reform Judaism has always respectfully understood that place to be holy to Muslims as well as Jews…. Reform Jews respect the Al-Aqsa Mosque and the Dome of the Rock which stands on the Temple Mount, as we would for any other religious tradition’s holy places.” It sounds like Jacobs is concerned with everyone else’s religious traditions except for the Jewish ones that he doesn’t like, especially at a site that he and his movement do not believe in. Even more sinister, despite claiming to love the Land of Israel and its people, Rabbi Jacobs is prepared to inflict financial damage on the State of Israel to gain acceptance for his contradictory views.

It didn’t take long for the conservative movement to weigh in as well. According to the same Times of Israel, Steven Wernick, chief officer of the USCJ, claims that there are 80 conservative congregations in Israel (one wonders where they all are). Yet, only 10 or so of their women find the time to make it to the Kosel on some Roshei Chodashim, and even then, to protest rather than pray. Touring Diaspora groups visiting Israel, claims Wernick, is another matter altogether. “You’re talking about the holiest site of the Jewish people, someplace where North American Jews, when they come to Israel, always visit. It’s an absolute must on Birthright and any other kind of congregational kind of trip…” While at least acknowledging the holiness of the place, it is still a tourist attraction for these groups.

Isaac “Ike” Fisher is a Miami real estate magnate, AIPAC activist, philanthropist and fundraiser on behalf of Israel. He is someone who understands the existential threat to Israel from its hostile neighbors and the need to ensure continued support from friends like the United States. At the same time, he felt the need to publicly threaten to cut off his personal funding, including the purchase of one million dollars of Israeli bonds, unless the Israeli government acquiesces to his religious views on the Kosel and on conversion. So much for security concerns.

Israeli Health Minister Rabbi Yaakov Litzman found it strange that these American Jews, who expect respect for their religious views, show no respect for Israeli democracy and feel that the appropriate approach is that they buy influence or blackmail the government into adopting their religious vision. Rabbi Litzman continued, “If they [reform movement] ran candidates in the elections, they would not get a thousand votes.” These American Jews feel that only they have a right to influence the process, but not the duly elected Israeli ministers.

In addition to these examples, United States congressmen as well as the Trump administration have been lobbied to weigh in in support of the reform and conservative agenda, and they have. In essence, the non-Orthodox have pulled out all the stops and made effectuating a change in the long-standing Israeli “status quo” religious policy, their number-one issue. Just check their websites to see for yourself.

Today’s non-Orthodox Jewish leadership has raised the stakes. Any method is fair game to win. The existence of the State of Israel and, I would add, the Jewish People, is now secondary to achieving their personal political agenda.

So, again, why should we care? We know that both the reform and conservative movements are shrinking demographically in America. We are aware that the children of their loudest advocates are less likely to follow in their paths. We have seen that all of their so-called modern attempts to enhance “Jewish continuity” have borne little fruit. Why should we worry?

We should worry because they are making headway with Israeli legislators and judges who either fear repercussions or have an anti-chareidi agenda. We should worry because despite ultimate failure, they will destroy the very nature of our mekomos hakedoshim, turning them from places of prayer into protest venues, along the way. Next, they will undermine kashrus, geirus and gittin, threatening the continuity of the Jewish People as they have in America. They will foment discord by upsetting large portions of the Israeli population (way beyond just chareidim). But, most importantly, they will take “Jewish” out of the Jewish State, without which it has no real reason to exist.

Can we sit idly by and watch this play out? Is it realistic to rely on a handful of religious politicians to win against the entire non-orthodox American establishment? Can we allow American Jewry to be portrayed by federations as a unanimous protest force against the long-standing “status quo” arrangement with regard to religious policy in Israel?

Where are all of our Torah-observant Yidden?

If the Eretz Hakodesh and kedushas haAretz mean anything to us, it is time for every single one of us to respond.

Dr. Irving Lebovics is the Chairman of Agudath Israel of California.