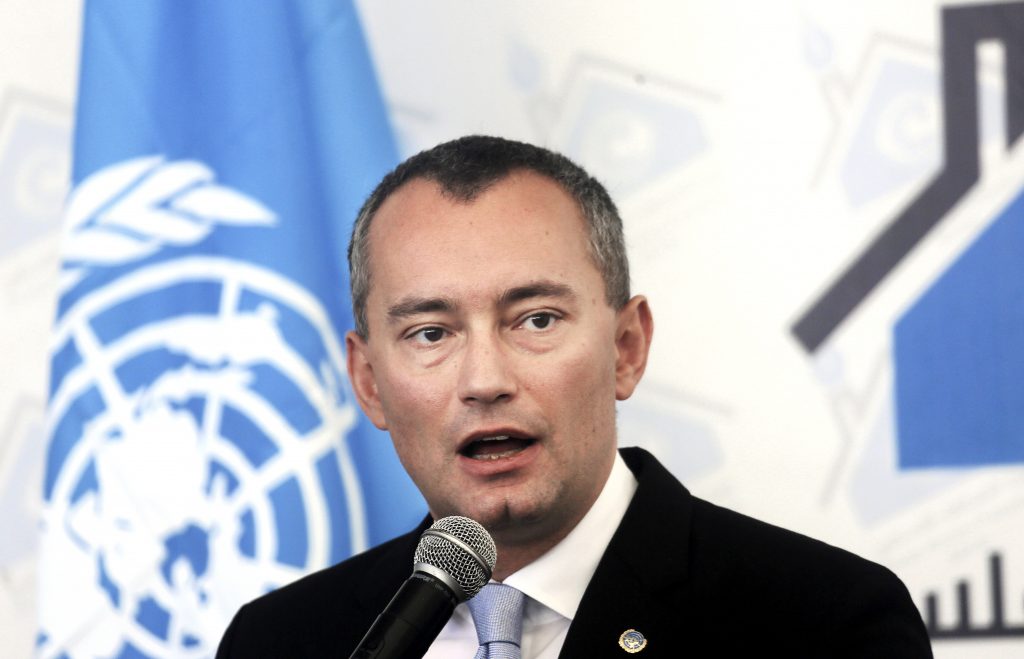 The U.N.’s special envoy to the Middle East, Nickolay Mladenov, told journalists at a special briefing on Wednesday that currently, the biggest risk to the peace process is the situation in Gaza.

“We need to avoid another conflict in Gaza right now,” he said. “It would destroy any prospect of a U.S. peace initiative, it would be damaging politically for everyone and devastating for the people on the ground.”

This, he said, “is the one issue that keeps us up at night right now.”

The situation in Gaza has deteriorated significantly in the last three months, he said, as the PA-Hamas feud has led to a dramatic reduction in electricity, and reduced the salaries paid by the PA to Gaza.

“Egypt saved the situation. If Egypt had not agreed to sell fuel to the Gaza power station, real chaos would have ensued,” he added.

“When people live like this, the situation can very easily deteriorate and explode,” he said, meaning that the pressure cooker environment could lead someone “to create an incident,” or others to try to divert attention by “creating an incident.”

At the end of the day, he said, “all this will come back to Israel’s doorstep.”

As to the cause of the crisis, though, Mladenov agreed with the Israeli position, that it is due to the internal conflict between Hamas and the Palestinian Authority, which has been cutting back on funding for Gaza.

Speaking of the prospects of peace talks, Mladenov said that mistrust between the two sides is such that no significant progress can be made until that problem is addressed, and that he stressed the point to President Donald Trump’s envoy Jason Greenblatt when the latter asked him for his suggestions on pursuing the peace process.

“It is not helpful right now to jump to final status issues and arrangements, and it would be premature in a way, because the level of mistrust between the sides is so big that if you suddenly jump to those issues, you will not have a constituency on either side, and it would not look reasonable,” Mladenov said.

“We need to recreate some level of hope for a political solution,” he said. “And this is where the U.S. takes on a critical role.” He called the U.S. engagement “very, very positive” in talking to the sides and “trying to outline the space within which you could potentially look for creating a prospect for peace.”

Mladenov said that at his first meeting with Greenblatt earlier this year, he told him, “Don’t rush into it, take your time. If you are coming in from the outside, it is super presumptuous to start prescribing solutions and recipes to people who have lived this for so long. Take time, understand what is possible and doable.”

Mladenov stressed the need as well for “active engagement of the Arab countries” in the process, saying this is “critically important.”

However, the U.N. diplomat did see some bright spots in an otherwise bleak picture.

He noted that the Israelis and Palestinians have been taking steps to avert any incident that would further undermine what trust remains, something that gives encouragement.

Mladenov lauded the security cooperation between Israeli and Palestinian security forces: “This is vitally important to secure the situation,” he said. “From our perspective, it is currently working at a higher level, and is increasingly effective.”