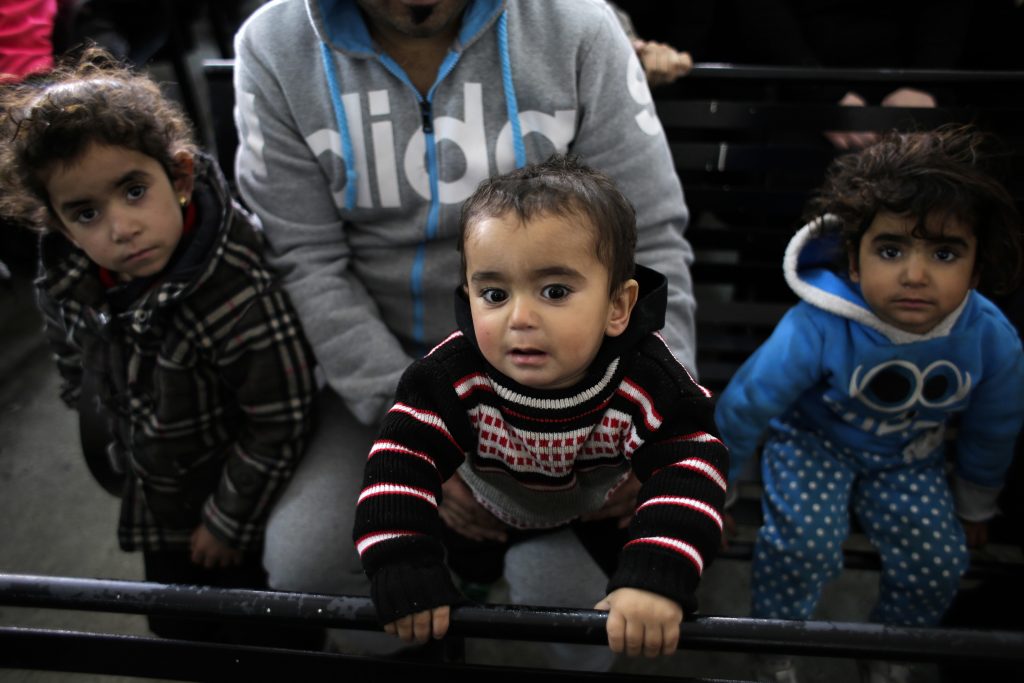 A convoy of refugees began leaving the Lebanese border region for Syria on Wednesday, a security source said, the second group to return under an agreement brokered by the Lebanese Shiite group Hezbollah.

The Lebanese army escorted around 250 people out of the border town of Arsal. The refugees headed for the Syrian town of Asal al-Ward across the border, northeast of Damascus.

A military media unit run by Damascus ally Hezbollah said the buses carried 60 families. An estimated 60,000 refugees are in Arsal.

It was the second batch of people to leave for their hometown across the border near Arsal under the agreement, which Hezbollah arranged in indirect talks with the Syrian rebel group Saraya Ahl al-Sham, said an official in the alliance fighting in support of the Damascus government.

Hezbollah also coordinated with the Lebanese military and with the Syrian government separately, securing crossings for refugees who want to leave, the official said.

Several refugees told a Reuters photographer before a checkpoint manned by Hezbollah fighters they were eager to go back to their hometown after several years in squalid, makeshift camps in the border town of Arsal.

“It’s been three years and we haven’t seen our families and relatives,” said Abeer Mahmoud al Haj, in a van with her family members around her. “May G-d return everyone to his country, there is no better than Syria.”

Since early in the Syrian conflict, Hezbollah has backed Syrian President Bashar al-Assad’s government, along with Iran and Russia, sending thousands of men to fight the mostly Sunni Syrian rebels.

The U.N. refugee body said it was not involved in the deal. A spokeswoman said it was not encouraging large-scale return of refugees to a country where conflict is still raging.

“The UNHCR is not at a stage where it’s promoting return because the conditions are not conducive,” Dana Sleiman said.

Two refugees in Arsal who refused to give their names said many in the camps were unwilling to return because of fears their young men would be drafted into the army. Many had also lost their livelihoods and their villages had been ransacked.

More than one million registered Syrian refugees have fled to Lebanon, now making up a quarter of its population, the United Nations refugee agency says. The number is widely put at closer to 1.5 million.

They are scattered across Lebanon, mostly in makeshift camps and often in severe poverty, and face the risk of arrest because of restrictions on legal residence and work.

The group of refugees returned on Wednesday as part of a local deal, not a broader agreement. Politicians are deeply divided over whether Lebanon should work directly with the Syrian government over the return of refugees, which Hezbollah and its allies advocate.

Others, including Lebanese Prime Minister Saad al-Hariri, are strongly opposed, questioning the safety of the refugees once they return. Hariri has called for secure areas to be set up on the Syrian side of the border to which refugees could voluntarily return under United Nations supervision.

In a televised speech on Tuesday, Hezbollah leader Sayyed Hassan Nasrallah warned that time was running out for Syrian militants along the border near Arsal to reach deals with Syrian authorities.

“It’s high time to end the threat of militant groups in Arsal and little time is left to reach certain reconciliation deals,” Nasrallah said. “There are terrorists and planners of attacks in Arsal and this needs a solution.”

Nasrallah praised the security campaign the Lebanese army has been waging in recent weeks against suspected militants.

The Lebanese army says it regularly stages operations in the hills near the northeastern border against Islamic State and terrorists formerly linked to al-Qaida.

In late June, authorities arrested several hundred people in raids on Syrian refugee camps in Arsal. A Lebanese military prosecutor has ordered forensic examinations of the bodies of four of them who died in army custody, after rights groups called for an investigation.