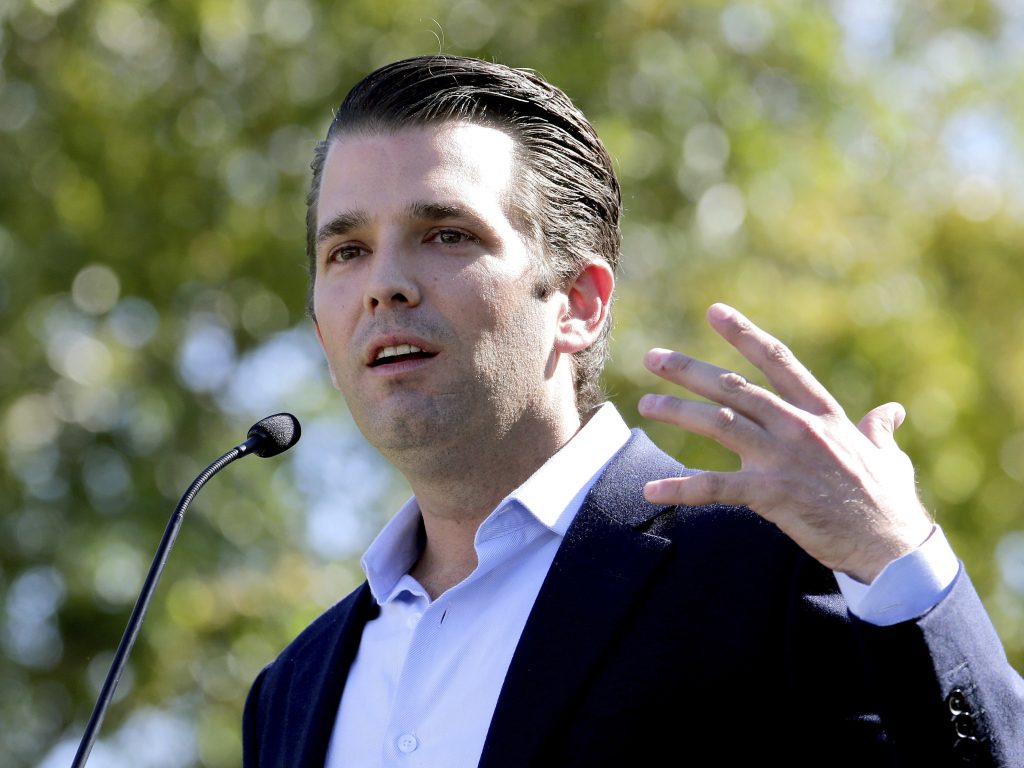 President Donald Trump defended son Donald Trump Jr. in regards to the Russia investigation, writing on Twitter that his son was “open, transparent and innocent.”

The president is again calling the investigation the “greatest Witch Hunt in political history.”

Trump took to Twitter on Wednesday morning in the aftermath of his son’s defense of a meeting he had last June with a Russian lawyer.

The president also questioned the sources of the media reporting on the story.

According to emails released by Trump Jr., he appeared eager to accept information from the Russian government that would have damaged Democratic presidential candidate Hillary Clinton’s campaign.

Meanwhile, Kremlin spokesman Dmitry Peskov said on Wednesday that the Kremlin has never been in touch with Russian lawyer Natalia Veselnitskaya who met a group of President Donald Trump’s associates last year.

“We have already said we are absolutely unaware of this story, we have never been in contact with this lawyer … She has nothing to do whatsoever with us,” Peskov told a conference call with reporters.

The incident has raised questions of whether members of Trump’s campaign coordinated with Russia to hurt Clinton and help Trump.