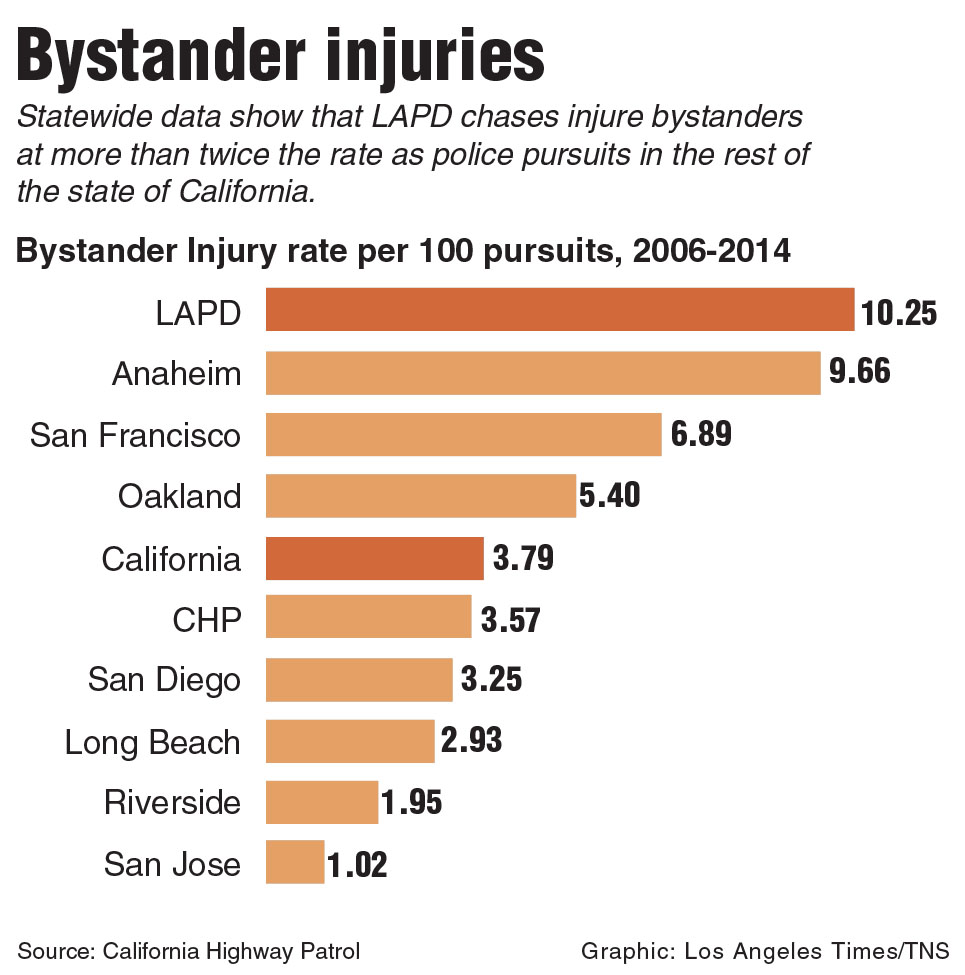 Police chases in Los Angeles County are “causing unnecessary bystander injuries and deaths” and most pursuits are launched in response to relatively minor crimes, according to a new grand jury report.

The grand jury said local agency rules on police chases should take into account the likelihood of a dangerous collision compared with the chances of catching a suspect.

Two-thirds of the 421 pursuits that took place in the 12-month period beginning in October 2015 resulted in a suspect’s capture, the grand jury’s report said. About 17 percent of pursuits resulted in a collision.

Over the same period, three fleeing drivers were killed and 45 people were injured, including suspects, their passengers or officers, the report said. That put the rate of injury or death at 11 percent.

“Is this the best balance that can be realized between law enforcement goals and the risk of unintended consequences?” the grand jury report asked.

In calling on local law-enforcement agencies to revamp how they approach pursuits, the grand jury cited analyses by the Los Angeles Times showing that LAPD car chases have led to bystander injuries and deaths at a higher rate than pursuits in the rest of the state. In 2015, LAPD pursuits injured more bystanders than in any other year in at least a decade.

The Los Angeles Police Department and the L.A. County Sheriff’s Department should provide officers with recurring training on driving in pursuits and each department’s trainers should investigate injuries at pursuit crash scenes, the grand jury said.

Grand jurors described the Sheriff’s Department’s pursuit training facility as “substandard” compared with the LAPD’s and called for improved and longer training for deputies.